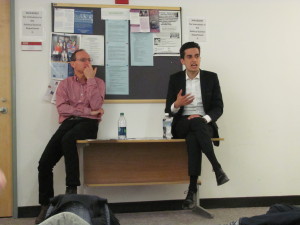 Worker cooperatives and participatory budgeting were major topics in the discussion hosted by Students on Democratic Alternatives on April 29 at the political science department. Queens College Professor Ron Hayduk, of the political science department, and Christopher Michael, general counsel of the ICA Group, spoke about the importance of the topics and the sense of […] 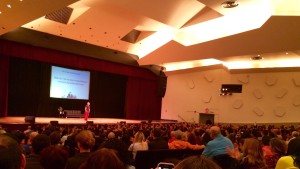 The renowned ‘Dog Whisperer’ Cesar Millan enlightened QC with his knowledge of canines and how to create happier and healthier human and dog relationships at his show “Cesar Millan LIVE!” Held on April 19, 2015 at Colden Auditorium, the event was a full house that contained people of all ages gathered together to see the […] 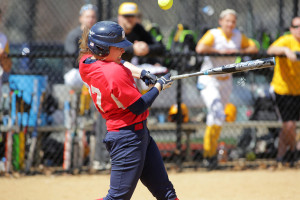 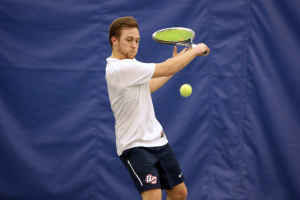 The Queens College Men’s Tennis team fell to NYIT 5-0 in the East Conference championship game on Apr 25. The loss concluded the season for the Knights, who ended their season with an overall record of 13-6, including defending home court advantage with a 9-3 home record. This season saw a change of leadership as […]

That’s a wrap: A quick recap of QC Sports

Women’s Basketball On Jan 8, The Lady Knights defeated Immaculata 76-60 in the Maggie Dixon Classic at Madison Square Garden. The game celebrated the 40th anniversary of the first women’s game played at MSG between both teams.  The team captured their second East Coast Conference championship by coming from behind and defeating NYIT 65-63. With […]

Governor Andrew Cuomo signed a plan that included a “rational tuition” plan for CUNY and SUNY schools in 2011 to increase tuition by $300 every year until 2016. On the same day, SUNY Chancellor Nancy Zimpher praised the section of the SUNY2020 plan and said she believed it would provide an “opportunity” for SUNY schools […]

D.C. Anderson, a former captain for the U.S. Coast Guard, spoke at the Science Building on Earth Day, April 22, to discuss the consequences of ignoring climate change as a result of vested interests money. Anderson first opened with some very bleak information highlighting the limits of natural resources. “Half the world’s oil is gone. […]