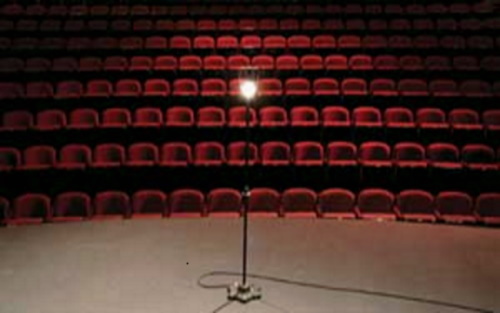 The Show Must Go On as Broadway Prepares to Reopen

Broadway and off-Broadway in-person performances are on their way forward for Fall 2021 as Mayor Bill de Blasio promises to aid in the effort. “To put a show on is a huge endeavor,” he explained, underscoring the necessity of planning the reopening months in advance. He declared a preliminary plan which will create a safer environment for both the workers in the theater industry and the audience members. He plans to set up vaccination sites, specifically for the theater workers, that are to be manned by workers from the theater industry. Mobile sites will also be available for off-Broadway. In addition, there are to be pop-up testing sites at or near the theaters, and the City will collaborate with the theaters to institute a crowd management plan before and after performances. Mayor de Blasio also implored New York State to formulate clear guidelines for theater workers with mask wearing, proof of vaccination, and proof of negative testing for COVID-19 in order to reopen Broadway as soon and as safely as possible.

Broadway has had closed curtains for more than a year, dating back to Andrew Cuomo’s gathering restrictions enacted on March 20th, 2020. Since then, Broadway’s plans to reopen have been pushed off repeatedly, and the shutdown has been extended until May 30th, 2021.

According to the Broadway League, in the 2018-2019 season, the Broadway industry employed 96,900 people. Many of the workers in this industry have been left unemployed and searching for different avenues to earn a salary. Kate Munchrath, a Broadway audio engineer, said, “I’d like to think we’d all be back together when we start up again, but that may be naive. Some people have families and may want something more stable. Some may be committed in new jobs, others may have left the city and can’t find an affordable way back.” She, herself, is currently taking online psychology and counseling courses from the University of California at Berkeley. Jeremy Lane, a Broadway stagehand for “Sing Street” and “Dear Evan Hansen,” became an emergency medical technician in an ambulance and is waiting for the day to go back to his original work.

Not only were the entertainment workers affected, but the burden on New York City’s economy soared. According to the Broadway League, in the 2018-2019 season, sixty-five percent of admissions were made by tourists, forty-six percent of them people from the United States outside of New York City and its suburbs and nineteen percent foreigners from other countries. The Broadway industry has contributed $14.7 billion to New York City’s economy. Out of that number, an estimated $11.5 billion was spent by tourists whose primary reason for coming to New York City was to view a Broadway show, for hotels, restaurants, and other ancillary services.

Thankfully, we’ve already begun to see what the return of in-person shows might look like. NY PopsUp, a festival programmed by artists for the public, took place on April 3rd, serving as a “pilot program” for how to bring back in-person performances safely. Tony Award winners Savion Glover and Nathan Lane danced and acted before 150 masked audience members spread out across an auditorium of 1,700 seats. Reflecting on the event, Lane said, “These are baby steps toward a real reopening. It’s a way of signaling to everyone that we’re coming back.” When asked about if he felt safe, he answered, “I felt as safe as anyone who has been vaccinated and tested 123 times. I’ve been swabbed. I’ve been hosed down. There were a lot of precautions and protocols, so yes, I felt safe.”

Broadway reopening will remain in the works for a while. There are many plans that require organization and activation in order for it to occur. However, concern over safety and the worry of a possible outbreak, it is unlikely that it will happen until after the next few months.