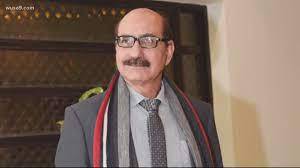 The Tragic Death of Muhammad Anwar Raises Questions about Islamophobia

Muhammad Anwar, a 66-year-old Uber Eats driver, was killed in a car crash on March 23rd as two teenage girls attempted to steal his vehicle. The tragic incident has sparked conversations about Islamophobia, and as to whether or not the two teenage suspects should be charged as adults.

According to footage of the incident aired on FOX 5 Washington D.C, the two teenage suspects, ages 13 and 15, tased Mr. Anwar and accelerated his vehicle as he clung to the driver-side door, before crashing into a nearby street. The national guard (who were nearby) was seen helping the teenage suspects out of the vehicle, whilst Mr. Anwar was left unattended, laying on the sidewalk. Soon after, Mr. Anwar was pronounced dead, and the two girls were charged with carjacking and felony murder.

Many have since speculated whether or not the crime was race-related. In an article for the Washington Post, Amani Al-Khatahtbeh, the founder of muslimgirl.com, argued that regardless of whether or not the crime was racially motivated, it has undoubtedly left a dent in the Muslim community: “Mohammad Anwar’s death didn’t have to be about his race or ethnicity for it to resonate among immigrant communities nationwide.” Al-Khatahtbeh went on to state that the incident highlights the hidden struggle of immigrants in the United States.

On March 26th, WUSA9 reported that the Pakistani-American Committee of Public Affairs called for the tragic incident to be acknowledged as a hate crime. In a statement released by the committee’s chairman, Dr. Ijaz Ahmad said “This unspeakable act is another tragic example of the hatred and violence that Muslim Americans regularly endure. We demand authorities investigate this incident as a hate crime and prosecute the alleged assailants to the fullest extent of the law”

The two teenage suspects are now in court, but because they’re juveniles, questions have been raised as to whether they should be charged as adults. According to a report from Fox 5 Washington D.C, the acting D.C. police chief, Robert Contee, said that charging the girls as adults would not do anything to bring back Mr. Anwar: “You know, obviously, this is a tragic case, and you know, charging this person as an adult [who’s] a juvenile … does not bring back the lost loved one in this case.” Contee went on to question the teens’ history of car-jacking crimes, suggesting the issue may be a broader, systemic problem: “You know, how is it that someone is charged with carjacking or is responsible for carjacking commits another carjacking and another carjacking? I think it’s the larger issue than just this one particular case.”

In response to the tragic incident, Washington D.C. Mayor, Muriel Bowser, released a now-deleted video on Twitter, addressing the uptick in auto-thefts. In her statement, Bowser labeled auto theft as a “crime of opportunity,” and went on to address methods of preventing them. This rubbed many critics the wrong way, some stating Mayor Bowser was extremely insensitive and blamed Mr. Anwar for his death.

In response to the backlash received from the video, the Mayor’s office went on to release a statement to ABC7, claiming the tweet was pre-scheduled and intended to cast a light on the issue of rising car thefts: “Today’s prescheduled social media post was part of that effort and should not detract from the tragic death of Mohammad Anwar. Our thoughts and prayers remain with his family and the families of those we have lost to violence.”

As Mr. Anwar’s family grieves, they’ve requested for the gut-wrenching video of his tragic death to be removed from social media. Mr. Anwar leaves behind his wife, three children, and many friends.