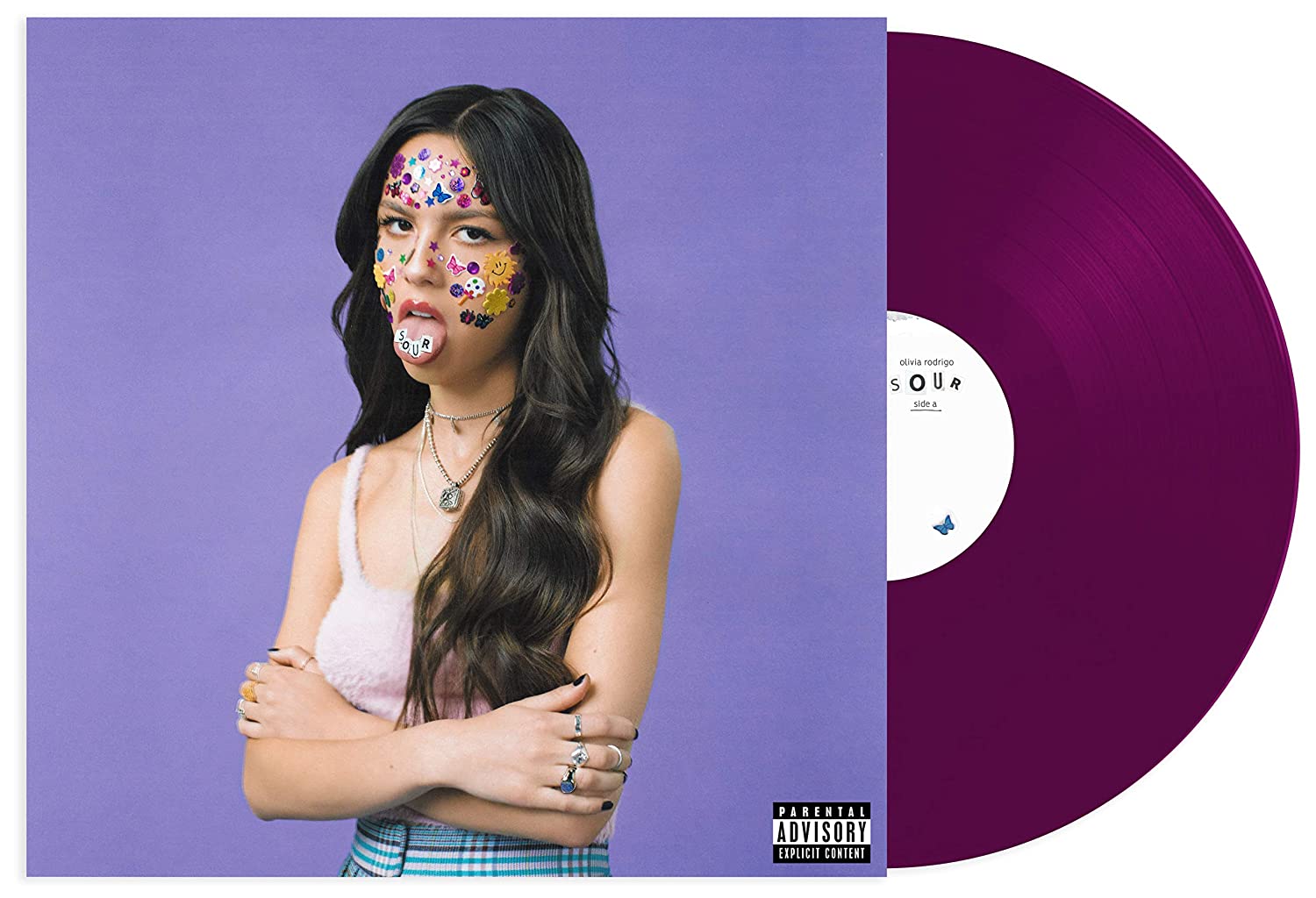 A review of Sour by Olivia Rodrigo

Olivia Rodrigo’s first album, Sour, has hit the world by storm. Every song has been a showstopper in its own right. There have been a lot of theories about this album, one of them being about the first song called “brutal.” Olivia sings about the strife of teenage life and how brutal it is to not know who to trust. The song starts in a hard rock type and ends with a soft melody to show that when you need to get emotions out you can do so in different ways. The next song is “traitor.” The theme is that even if someone is not physically cheating on you, they can still be emotionally cheating and it hurts just as much. The following song, which was first released as a single, is called“drivers license.” Many people have speculated who Olivia is talking about but the main message to take away from this song’s lyrics is how much young love hurts when it’s over. The next song is “1 step forward, 3 steps back.” This song portrays a toxic relationship that cannot go forward because every time there is one step in a positive direction you fall behind by three. In a healthy relationship both people should be moving forward together and when Olivia sings “and I’d leave you but the rollercoaster is all I’ve ever had” it hits the core of what is so hard about toxic relationships which is that once you’re in one, it’s almost impossible to get out. The second single Rodrigo released was “deja vu.” Olivia talks about how her ex is with another girl and frequenting the same places. She also says that she would hate to have dated that guy just because he goes for the same kind of people and she just fits into that mold. No one wants to hear that they can be replaced, especially by a loved one. “Good 4 U,”the next song, is an anthem for the whole album. No one is entirely unscathed from a relationship but as Olivia reflects on how unaffected her ex is she says that she is happy for him, but she is

not over it. She is mad at how okay he is with the break up since the relationship meant a lot to her and she thought it meant something to him as well. The next song is “enough for you.” This is to show that people try really hard to be “enough” for their significant other but you shouldn’t change yourself. At the end of the song she flips the message and sings about how she will meet someone and be their everything and he will regret it. A perfect line to sum up that idea is “you say I’m never satisfied but that’s not me, it’s you”. The next song is “happier” in which she details that as much as you want the best for someone you used to care about, you don’t want them to be better off without you. As she says “I hope you’re happy but don’t be happier”. People want others to appreciate them for who they are and not want something or someone else. “Jealousy, jealousy” is the next song. The idea behind this song is that when you compare yourself with someone else you will see the bad qualities in yourself and forget your positive attributes. Olivia mentions how she is happy for them to get things but at the same time she is jealous of what they have. Two emotions can coexist at the same time, especially at a momentous time. The penultimate song in the album is “favorite crime”. People do crazy things when they are in love and people also let people off for stupid things when they love them. The final song is “hope ur ok”. This is a diversion from the break up theme of the rest of the album. This song talks about someone who is in an entirely different situation, a protective family home life that doesn’t allow for freedom. The main theme that runs through many of the songs is how being without a loved one makes you feel. There is anger, sadness, jealousy, and so many more emotions that all exist because humans feel everything all at once, there is no rhyme or rhythm to our feelings.