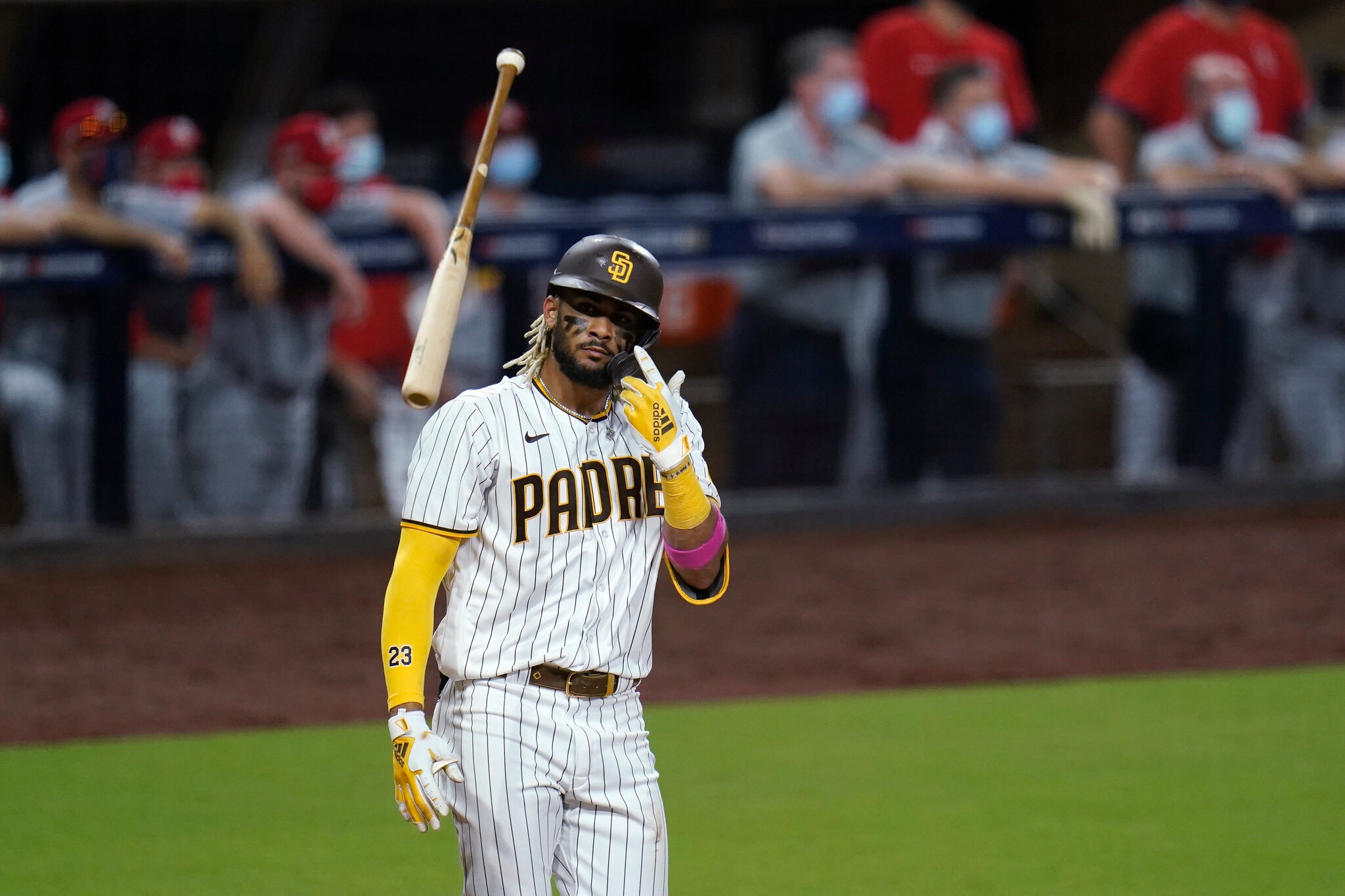 By Christos Kladeftiras on September 15, 2021

As the 2021 MLB season draws to a close, few players have been talked about and have drawn as much attention as soon-to-be superstar Fernando Tatis Jr. The son of former Major League Baseball player, Fernando Tatis, plays shortstop for the San Diego Padres. Tatis Jr. has put up insane numbers since debuting in 2019 for the club and is currently one of, if not the frontrunners for the National League MVP this year.

Tatis was originally signed as an international free agent, coming from the Dominican Republic to the Chicago White Sox organization. He was eventually traded to the San Diego Padres in a trade alongside pitcher Erik Johnson for veteran James Shields. This is regarded as one of the worst trades in recent history due to Shields’ subpar play for Chicago in comparison to what Tatis has and will do for San Diego.

Since debuting, Tatis has played in over 250 games (one of those years being 2020 which was a shortened 60-game season) and has hit over 75 home runs in those years, with (as of writing this), a National-League-leading 38 of them coming from this year.

In the three seasons of his career so far, Tatis has amassed an overall batting average of .294, which is an elite number; for reference, the batting average in the MLB is .248. How much does Tatis contribute to his team? He has 187 runs batted in (RBI) in just three seasons.

More advanced statistics that give us a better look at how good a player really is are things like OPS+ and WAR.

OPS+ is described by MLB as a statistic that takes a player’s on-base percentage combined with his slugging percentage and normalizes the number across the entire league; it even accounts for external factors like ballparks. It then adjusts. So, a score of 100 is league average, and 150 is 50 percent better than the league average. Knowing this, it shouldn’t shock you to learn that every year, Tatis has had an OPS+ of over 154, with this year being his highest at 175; which is good enough for second in the MLB.

Defined by MLB, WAR stand for “Wins Above Replacement” and it measures a player’s value in all facets of the game by deciphering how many more wins he’s worth than a replacement-level player in his same position (e.g., a Minor League replacement or a readily available fill-in free agent). Tatis is averaging 6.2 wins more for his team than a replacement would, which is again second best in the MLB. Those theoretical six wins would be vital, as the Padres are fighting for a postseason appearance.

Tatis is constantly compared to other players who came up around the same time he did. Names like Ronald Acuña Jr. of the Atlanta Braves, Juan Soto of the Washington Nationals and Vladimir Guerrero Jr. have all been linked to Tatis in talent, youth and style; but overall, Tatis seems to be the shining beacon of the pack. While Soto and Acuña both debuted before Tatis, Guerrero debuted with him in 2019 as a rookie.

So you may be sitting there and asking, “Is there anything this guy can’t do?” and the answer is no … with the bat. While at the plate the man is a giant, on the field, he struggles to make plays happen. Tatis has made 20 errors, which is good enough, or rather bad enough, for fourth-worst in the MLB.

So no, Tatis is not perfect, and he does have room to improve. However, that doesn’t stop him from being one of the best players in the entire world. He’s already won a Silver Slugger award in 2020, solidifying his hitting talents. He made the All-Star Game in 2021, although he probably would have made it last year had there been an All-Star Game. Regardless, Tatis’ rise to superstar status is coming sooner rather than later.

*Editor’s note: A lot of the statistics mentioned in this article have likely changed during the editorial and publishing process.