The civic engagement this election cycle was unlike any other. With the City University of New York’s (CUNY) student body being some of the most vulnerable people to the consequences of public policy, it’s no surprise that student advocates took to organizing this year.  The Knight News spoke to Navjot Pal Kaur, a CUNY Baruch […] 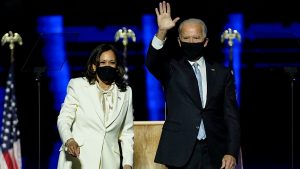 After much anticipation for the 2020 Presidential Election, the President-elect is officially Joe Biden and his Vice-President elect Kamala Harris. Shortly after the results were called on Nov. 7, New Yorkers took to the streets to celebrate along with the majority of the rest of the country. However, the question still remains: what happens now?  […]