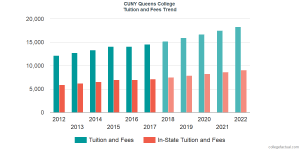 Tuition at senior colleges to go up $300

The CUNY board of trustees approved tuition to increase by $300 at all senior colleges as part of CUNY’s budget request. The vote occurred Nov. 25. CUNY, which is known for its affordability, continued a rational tuition plan that first began in 2011. The rational plan increased, from 2011 to 2015, tuition by $300 every […]