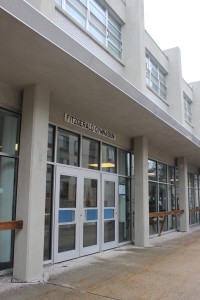 Campus always seems to feel different after a long time away. The air seems lighter, hallways feel longer and buildings don’t look the same. However, this winter break many of the buildings at Queens College underwent many changes. The Fitzgerald Gym is in the process of getting new floors and, because of that, undergoing a […] 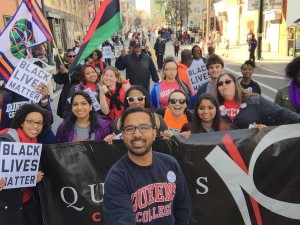 Queens College went down to Atlanta, Georgia to commemorate Martin Luther King Jr’s “Legacy of Courage” in 14 different events, from marching with the Southern Christian Leadership Conference to helping feed the needy. Eighteen students and staff traveled south, from January 18th to the 22nd, as an immersive, outside the classroom learning experience. The group […] 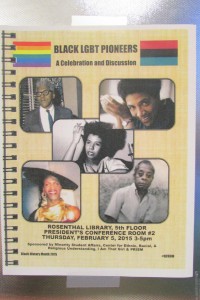 An event on black LGBT who influenced social movements in the 20th century was held on Feb. 5 in the Rosenthal Library. Lisa Davis, an organizer for the event, highlighted the role of such figures and what they represented. “They are a heroic family with human flaws and triumphs. They are our history, often forgotten. Parts of their […] 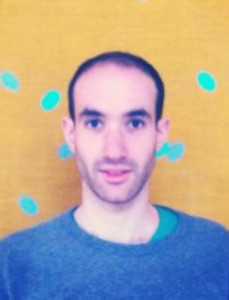 Eric Linsker, a CUNY adjunct professor who taught at Queens College, was arrested on Dec. 14 after a protest and faces a number of charges including assault in the second degree, resisting arrest, rioting in the first degree and unlawful possession of marijuana, authorities said. After joining a separate demonstration at the Brooklyn Bridge, Linsker allegedly attempted […]

President Barack Obama struck a deal with Cuban Prime Minister Raul Castro to restore diplomacy once again between the United States and Cuba on Dec. 17 after 53 years of hostility. After a year of secret talks in Canada and the Vatican, ending with an hour-long talk between Obama and Castro, the leaders agreed on a prisoner […] 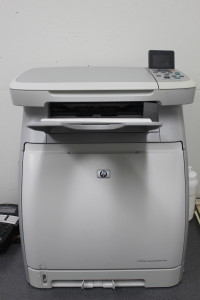 Free printing gone after less than a year

Queens College will no longer provide free printing for students at the Rosenthal Library, according to a recent announcement by Vice President for Student Affairs Adam Rockman. Starting last April, students were able to print for free at the Library, while other buildings still charged a fee for students. Before that program, students were allocated […]

On Jan. 4, I woke up around 7:45 a.m. with so much excitement and enthusiasm. I sprung out of bed like never before and did the usual morning routine. I ate a huge bowl of Honey Nut Cheerios (good for your heart). By 9:00 a.m. I was on the E train heading toward the World’s Most Famous Arena […]