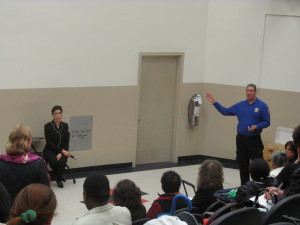 Last month, twenty-three Columbia University and Barnard College students filed a federal complaint that alleges violations of Title IX, Title II and the Clery Act by the college. For months now, students had been advocating for changes in the way administration handles sexual assault cases. These universities are not alone in facing criticism. Elite schools […] 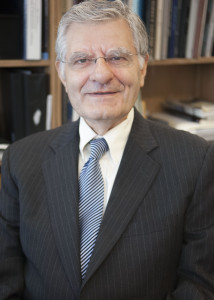 After serving as provost of Queens College years ago, Dr. Evangelos Gizis is proud to come out of retirement and service his beloved school once again. Gizis will serve QC as interim president until a permanent replacement is found for the fall 2014 semester. He replaces longest serving QC president, James Muyskens as he retired […]

Coast Guard veteran Seaman Kori Cioca, was violently raped by her commanding officer in the Marine Barracks Washington, where he dislocated her jaw. Years later, he remains unpunished for the crime. Cioca was one of the numerous women interviewed for the Academy Award nominated documentary, “The Invisible War,” chronicling the epidemic of rape of soldiers […]

Late start to the Evening Readings

Joyce Carol Oates was 40-minutes late to her appearance at this season’s second Evening Readings series, held on Nov. 20 at the LeFrak Concert Hall. As soon as she came on stage — still slightly disheveled from running on stage — the audience gave her a round of applause. “I just spent four hours in […]

Known for his literary expertise and thoughtful book reviews, when interviewer Leonard Lopate asked critic, James Wood to showcase his finger drumming, the audience could not help but laugh. More than 400 people at the LeFrak Concert Hall were not sure if Wood or Lopate were being entirely serious. As Wood began to think, twitch […]