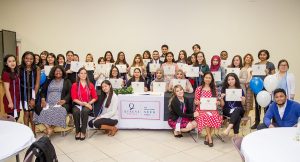 QC SEEK currently the ranked the #1 opportunity program in CUNY

The Percy E. Sutton SEEK program is celebrating its 50th year since establishment in 1966. It began in gratitude to early social activists, as well as other venerable individuals, who envisioned higher education for underprivileged students. “The mission of SEEK is to provide equality of access to quality public higher education to students who otherwise […]

On Sept. 21 the Queens College Economics and Business Club and Association for Computing Machinery hosted an expo on The Quad where students could meet representatives from different business and technology companies. Abdul Rahman, a QC alumnus, entrepreneur and former president of the EBC, served as the speaker for the event. “We stress that the […] 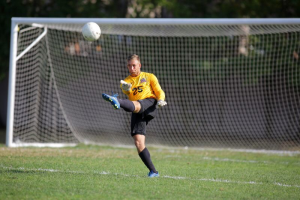 The men’s soccer team began their season losing five of their first seven games, although the Knights currently are 2-2 in conference play. Despite the start, head coach Carl Christian believed the games were lost because of minor mistakes. “We’ve been doing things relatively well, but soccer is a game of mistakes, in a sense, […]

CUNY to launch medical school in 2016

New York Governor Andrew Cuomo announced the accreditation for the CUNY School of Medicine in July. “This new school is another step toward making medical care more available for all New Yorkers,” Cuomo said. The school, located at the City College of New York, will open next year. The idea developed after CUNY faced two choices—either close […]

On April 22, comedian Maysoon Zayid came to Queens College to perform her one-woman comedy act, “I got 99 Problems… And Palsy is Just One.” The comedy show was in Rosenthal Library and held by the Committee for Disabled Students to celebrate Disability Awareness Month. Zayid shared her life experiences growing up as a disabled […]