Visions of Cuba Seen Through Interviews

“Patria O Muerte: Cuba, Fatherland or Death” is the debut film from actor turned documentarian Olatz Lopez Garmendia. The documentary is an overtly political film but does not make heavy-handed statements regarding policy or ideology. Rather, it makes poignant statements by sharing intimate interviews with Cuban citizens. Garmendia has traveled to Cuba for the past 20 […] 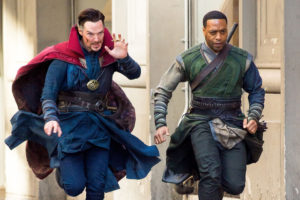 “Dr. Strange”: A Superhero Movie for Everyone

While “Doctor Strange” is a tightly paced special effects spectacle with many refreshing elements and exciting and inventive visual effects –it’s real achievement is that it is enjoyable for both those familiar with the Marvel universe as well as those who have yet to see a comic book movie. Doctor Strange’s origin differs from most […]

“Manchester By the Sea”: Living With Defeat

“Manchester by the Sea” is a masterwork of realism in contemporary American film. When we come into the theater, we often expect to see characters embark on a journey and overcome their obstacles. This movie is firmly rooted in opposition to this idea. This film refuses to let the audience indulge in the safety of […] 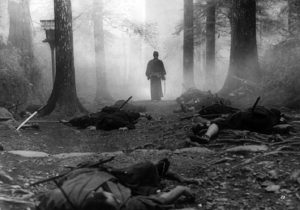 Cinema Culture and Katana Swords on Display in Astoria

On Nov. 5, the Astoria-based Museum of the Moving Image hosted An Afternoon with Tatsuya Nakadai, in honor of the 50th anniversary of “The Sword of Doom.” The event included a screening of the seminal film followed by a discussion with the film’s 83-year-old star, Tatsuya Nakadai. Nakadai has starred in classic films including “Yojimbo” […] 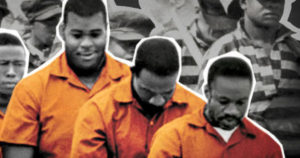 From Chains to Chains: “13th” tells the story of mass incarceration

The film “13th” is a must see for anyone who wants to understand America’s ongoing struggle with race relations. This riveting documentary takes you step-by-step through the historical events that resulted in America containing 25% of the world’s prison population. With an excellent cast of interviewees and shocking archival footage, “13th” explores the underpinning economics, […]