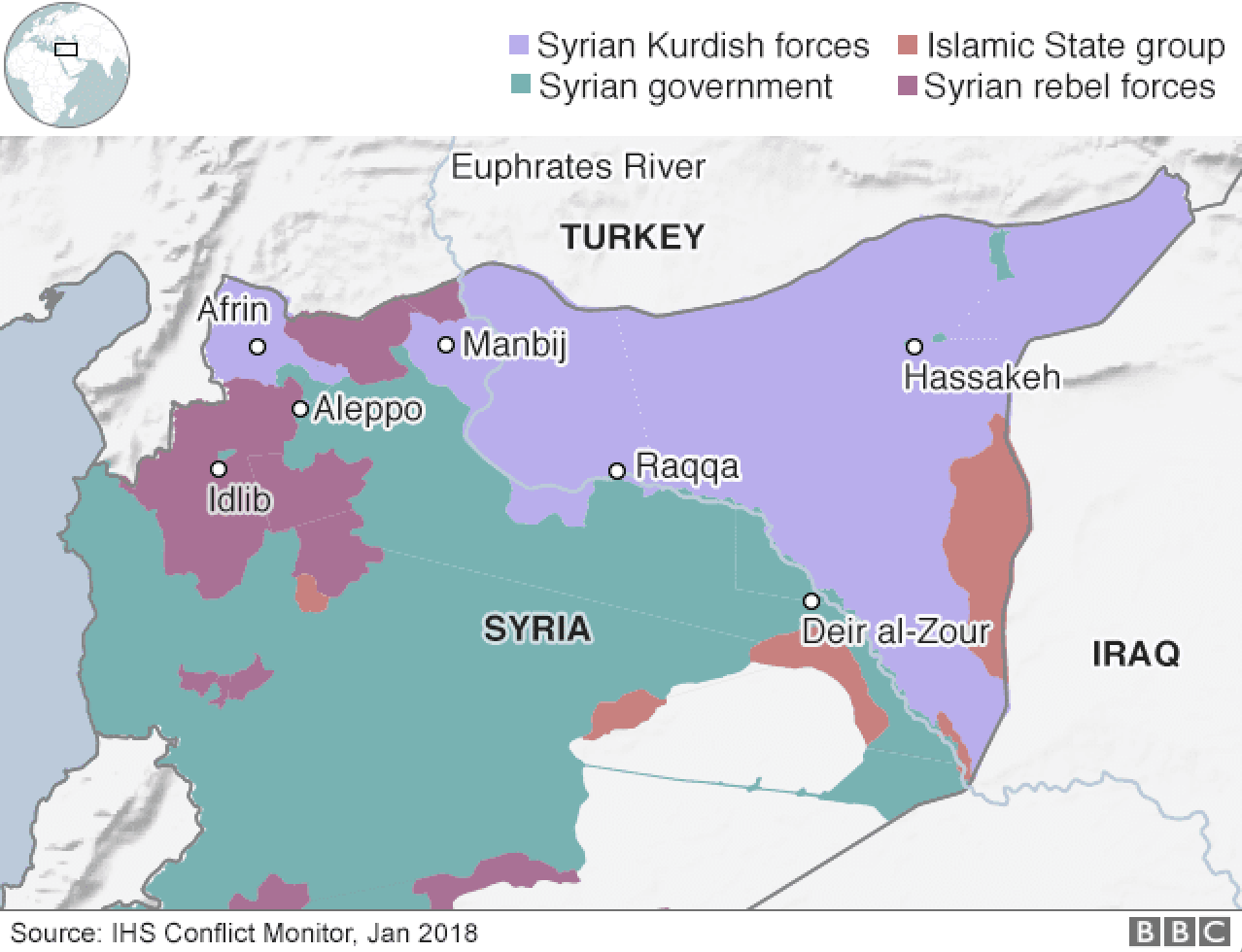 Turkey, Syria, and the United States: What You Need to Know

For far too long Syria has been enduring a civil war that seems to have no end. The current events have created one of the worst humanitarian disasters seen in the past few years. Recent developments have the international community focusing on how the growing interests of foreign powers in Syria are now interfering with the interests of countries in the region, such as Turkey; and how the relationships between world powers and its allies in the Middle East could be affected.

The Russian Federation continues to support Bashar Al Assad’s government, while the United States has doubled its efforts to defeat ISIS. The latter has created conflict between Turkey and the United States even though they are both member states of the North Atlantic Treaty Organization (NATO) and therefore allies. The US has military personnel in Manbij, a Syrian city located east of Aleppo, where they back a coalition of Syrian Kurds, People’s Protection Units (YPG), that the United States government sees as allies to defeat ISIS. On the other hand, the Turkish government disagrees with Washington since they are familiar with the separatist Kurdish movements and they claim that the YPG is a faction of a much larger terrorist group, the Kurdistan Workers’ Party (PKK), who has been striving to create a Kurdish state since 1984.

A new chapter in the Syrian war has begun with the invasion of Turkey in Northern Syria. On  Feb. 3 the tension escalated when seven Turkish soldiers died during an attack in Afrin, a Syrian city located 62 miles from Manbij. Prime Minister Yildirim said the militias will “pay for this twice as much” and Turkish jets later struck northeast of Afrin.

But what does this mean for the US and its relationship with Turkey? The Turkish defense has made statements saying the attack against its troops were backed by the United States. These accusations could worsen if retaliation against Turkish troops in Afrin aggravates which, in turn, could endanger the diplomatic relations Western powers have with Turkey. Needless to say, Turkey is a strategic ally of Western powers in the region as well. The Turkish operation in northern Syria is called “the Olive Branch” and it is meant to defeat the nationalist Kurdish groups in that area, or the “terror belt” as PM Yildirim calls it.  Nonetheless, thousands of Kurds are begging the international community to restrain Turkey from moving forward with the operation that has killed hundreds of Kurds since it began. Protesters in European capitals claim that the Kurds have been fighting to stop ISIS in Afrin and in other parts of Northern Syria.

Some political analysts worry that Turkey may want to seize control of the area, however, President Erdogan assured on Feb. 3 that they are not looking to take over the invaded territory.

Regardless of the speculations about Turkey’s real interests in Afrin and Manbij, the real concern should be the allegations made against Erdogan’s forces by international non-governmental organizations such as Human Rights Watch that denounce the murder of Syrian asylum seekers entering Turkey. These allegations are still being examined; the Turkish government denied this by asserting they have received more Syrian refugees than any other country and continue to do so.

Only time will tell if the diplomatic relationships between Western countries and Turkey will be affected. In the meantime foreign interests continue to take precedence and take away the attention from Syrian citizens that recently suffered another attack with chemical weapons in Damascus.