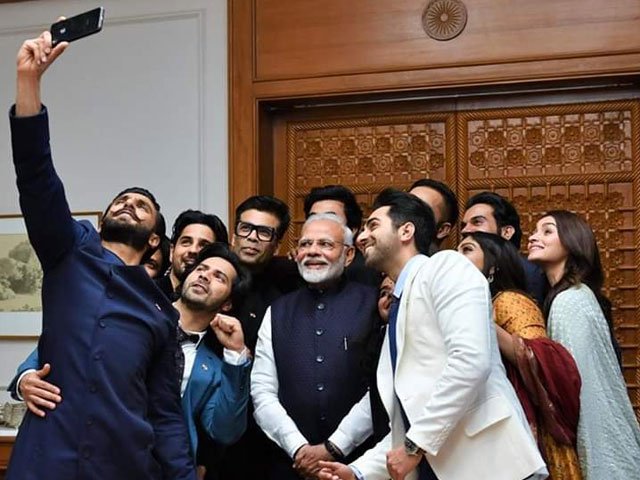 Bollywood is not the representation we need

With its origins dating back to more than a century ago, Bombay’s Hindi film industry has had a cultural influence over India, unmatched by other forms of media.

Bollywood actors like the Khans, the Kapoors and the Bachchans have a cult-like following in the country. Yet, none of these actors seem to be acknowledging their role in enabling the growing Hindu nationalism and authoritarianism in India.

In 2019, when the Narendra Modi-led government passed the Citizenship Amendment Act, making it difficult for Muslim people to maintain citizenship, protests erupted across the country. A few months earlier, the government had revoked a constitutional article that granted autonomy to the only Muslim-majority region in the country: Jammu and Kashmir. To silence the dissent emerging from this region, Modi’s administration imposed an internet shutdown that was “the longest ever in a democracy,” as reported by The Washington Post.

It is strange, then, to see how often Bollywood portrays Kashmir as an overtly romanticized tourist destination. The political struggle for self-determination that has existed in the region since 1947 gets erased onscreen. None of the mainstream Bollywood celebrities have spoken out about this, despite the resistance movement gaining international acknowledgment. Earlier this year, Rising Kashmir reported that a 24-member delegation from Bollywood’s top production houses visited Kashmir “to explore scenic backdrops for their future film projects.” This showcases a violent and troubling disconnect between Bollywood movies and reality.

To say that these celebrities are merely avoiding political statements would be too generous; they are complicit in the country’s shift toward religious extremism — be it through nationalistic movies about serving in the military or through family dramas involving an entirely Hindu cast. Combine this with the patriarchy, casteism and colorism that dominate Hindi movies and you get an incredibly homogenized representation. Even today, with discussions about representation becoming more prevalent, Bollywood continues to perpetuate marginalization.

In November 2020, Akshay Kumar, a cisgender heterosexual man, starred as a transgender woman in “Laxmii.” The movie faced widespread protests from the transgender community for its portrayal of transgender people as insane and ghost-like. It is no surprise that India is transphobic. A year before “Laxmii” was released, the government had passed the Transgender Rights Act which was repressive on multiple fronts and was rejected by the community. This law continues to be in effect today.

In January 2021, actress Richa Chadha, an upper-caste Hindu woman, starred in “Madam Chief Minister,” a movie inspired by the life of Dalit politician Mayawati. Dalit people have historically been outcast from Indian society, made to clean public toilets and sewage systems. They are labeled untouchable. Neither the filmmakers nor the actors in “Madam Chief Minister” come from a Dalit background.

The list of misrepresented characters in Bollywood is endless. While harmful in itself, this problem is worsened when actors refuse to stand in solidarity with marginalized communities. The few actors who do speak up about the industry’s oppression are diverged and silenced.

During the ongoing farmers’ protests, some popular Bollywood celebrities have attempted to undermine the movement with Twitter hashtags such as #IndiaAgainstPropaganda and #IndiaTogether. These celebrities believe the protests are propaganda led by terrorists demanding a new state called Khalistan. They perceive the protesters as disruptions to the “unity” of the nation. Bollywood actress Kangana Ranaut went as far as trolling international pop icon Rihanna for tweeting in support of the farmers.

Shortly after this incident, Delhi Police registered a report against the creators of a protest toolkit document that was shared by climate activist Greta Thunberg on Twitter. The document was aimed at informing people about the farmers’ protests. However, as reported by Indian news agency The Wire, the authors of the document have now been accused of “criminal conspiracy and promoting enmity.” Blinded by the Khalistani conspiracy theory, Hindu supremacists refuse to acknowledge the suffering of the farmers.

This favorability for Hindu nationalism is not a new trend in Bollywood. Though, it has gone unchecked for far too long. While Bollywood can be credited for some powerful films that deal with societal issues, it still has a long way to go in terms of undoing all the damage the industry has inflicted on India and its citizens for decades.