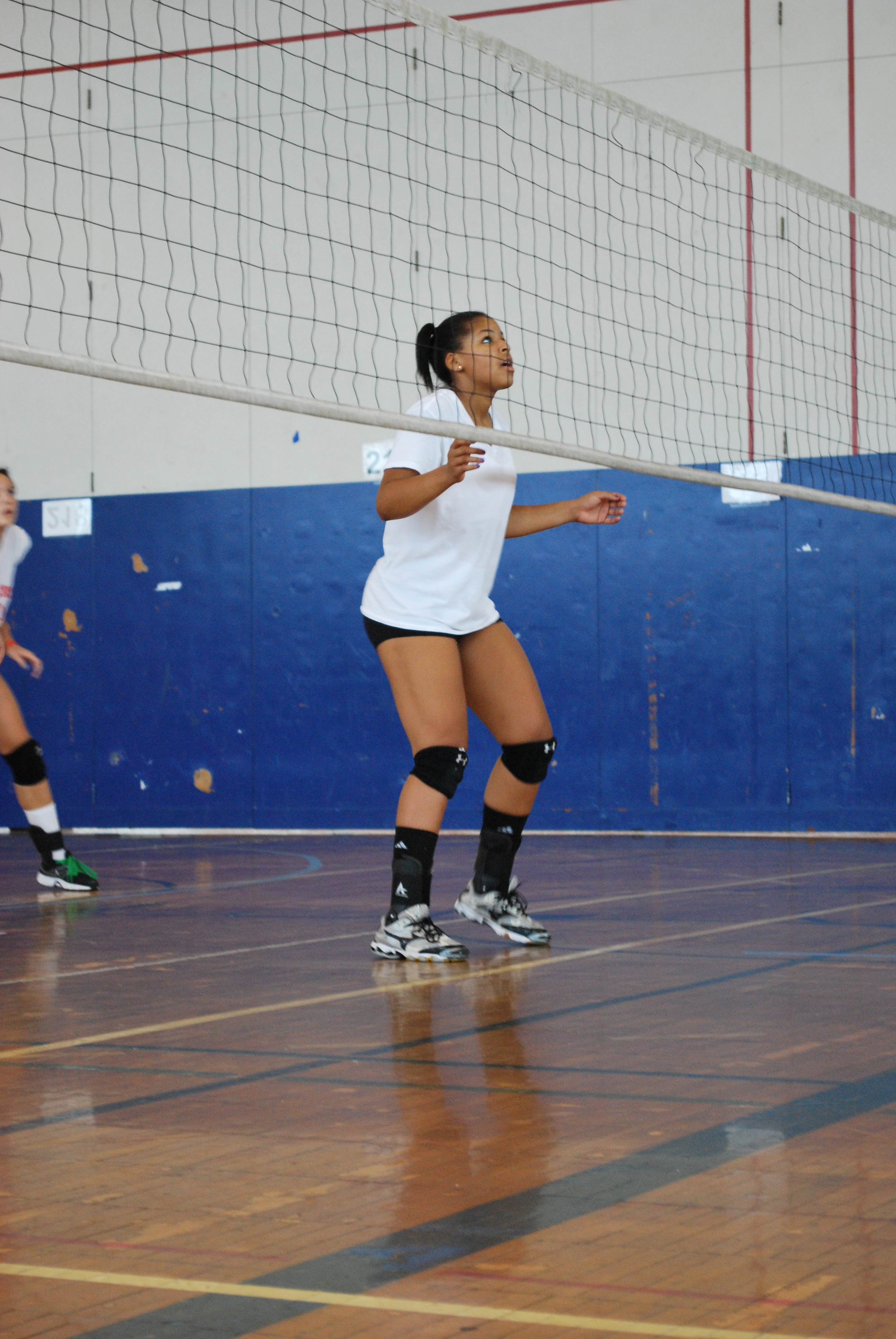 Although choosing “the right” college can be a stressful task for some high school students, freshman volleyball starter Bianca Steele was born a Queens College Lady Knight.

The 5-foot-7-inch middle hitter from Massapequa, N.Y., has had ties and loyalties to Queens College her entire life; after all, her parents met on the campus more than 20 years ago.

For Steele, applying and choosing to attend QC was a no-brainer; she envisioned being a Lady Knight since she was a child.

“I always wanted to go to Queens College,” Steele said. “Both of my parents went here and it’s close to home.”
Steele’s father Victor, a small forward on the QC basketball team from 1987-88, met her mother, Gayle, through a mutual friend and eventually, the two started dating before graduating in 1990.

Victor, a communications major at QC, is a police sergeant for the NYPD in Brooklyn and Gayle, a psychology major, is a principal in Valley Stream.

So far, the school has lived up to all of Steele’s expectations.

“My experience has been great,” she said. “I love my team, my friends and living in The Summit.”

Coming from Holy Trinity High School with academic (principal’s list) and athletic (all-county) honors, Steele has a bright future ahead of her.

“Bianca is such a special addition to this year’s squad,” said volleyball head coach Leanna Taylor. “She is a natural-born leader, a gifted athlete and a top-caliber student. Players with the entire package succeed on and off the court.”

Steele plans to attend medical school upon her graduation and has certain hopes for both her athletic and academic careers at QC.

“I hope to get better and faster at middle and to get good grades in all of my classes,” said Steele.
Who knows, Steele may even find her love on the QC campus.