Francis Madi, 23, graduated from Queens College in spring 2012 with a bachelor’s degree in anthropology but continued to work off-the-books at restaurants to pay off her tuition and other bills.

Despite her education, Madi cannot work legally in her field of study, thus she depends on working as a server, bartender, restaurant hostess and sometimes a combination of all three, for at least 12 hours a day. Using public transportation, Madi travels for three hours to get to her job in Manhattan from her home.

Madi is one of 1.4 million undocumented youth who is eligible to apply for President Barack Obama’s deferred action program and remain in the United States for two years without fear of deportation.

Since beginning on Aug. 15, the temporary relief allows people like Madi to obtain work authorization, social security numbers and driver’s licenses. College students who are not already receiving in-state tuition—tuition that is lower than that of out-of-state or international students’—are eligible for it.

“My first reaction was [that] it’s election year so of course Obama would do this to get Latino votes,” Madi said. “But I was really happy when it came out because once this application gets approved, I’ll be able to apply for jobs based on my degree; not in restaurants in odd conditions where it just pays the bills. It’s a really big upgrade for me. I am not going to be judged by my lack of papers, but with my degree and my educational level.”

In a memo released on June 15, Janet Napolitano, secretary of homeland security, highlighted that the Obama administration’s new immigration directive would defer the removal of individuals who fit the criteria of the DREAM Act.

Eligible individuals include those who came to the U.S. under the age of 16, have continuously stayed in the country for at least five years preceding, and on the date of the memo, are currently in school, have graduated from high school, have obtained a GED or are honorably discharged veterans of the Coast Guard or the Army. They must also not have been convicted of a felony offense, a significant misdemeanor offense, multiple misdemeanor offenses or otherwise pose a threat to national security.

The initiative is not limited to undocumented youth of Latin descent but to all eligible individuals.
Kamal Essaheb, staff attorney at CUNY Citizenship Now, in addressing concerns of qualifying individuals who fear deportation, mentioned that applicants will not be deported if their application is rejected, unless if they committed fraud on the application or they pose a threat to national security or public safety.

“Students with no criminal record will [not] be rounded up and deported if Gov. Romney becomes president. It’s true that it’s possible that the deferred action policy can be reversed, but that’s not likely,” Essaheb said. “President Obama won’t reverse his own policy and as president, Romney is unlikely to take work permits and driver’s licenses away from people once they already have them.”

Immigration coalitions such as the New York State Youth Leadership Council, CUNY Citizenship Now and New York Legal Assistance Group, offer free legal advice and application assistance. However, the student will be responsible for paying at least $465 in application fees. It is still unclear whether the Department of Homeland Security will waive the fees for low-income individuals.

Madi and QC sophomore Byron Pullutasig, president of the QC Dream Team—a group dedicated to making undocumented students safe, feel that that while deferred action is a step toward a long awaited solution toward immigration reform, it is not enough to fix the problem since the plan only offers a renewable status rather than a path to permanent residency or citizenship.

“Students should really try to educate themselves and people around them,” Madi said. “This is not the actual DREAM Act and [we] need to be fighting for more because it’s not enough.”

Pullutasig also said that the deferred action plan is a “big step forward [for] the DREAM Act” because it provides hope that the act can become a reality.

“Hopefully before the two years are up, the legislature will see that we are doing everything legally. Dreamers might be able to show them that they can contribute to the United States,” Pullutasig said. “That might give us the 50 votes needed to pass the DREAM Act. So that’s the duty right now that we can contribute to the economy.”

The Pew Hispanic Center estimates that as many as 320,000 more unauthorized immigrants may be eventually eligible for relief from deportation. U.S. citizenship and immigration services are currently tallying up how many have applied since mid-august. 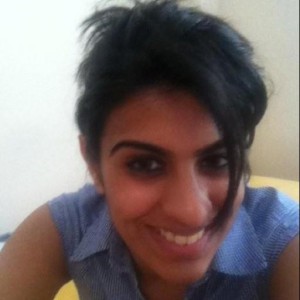