The Queens College women’s volleyball team anticipate a strong finish to the end of their season.

The team lost nine out of their first 13 games, although they are confident of winning their last few matches.

Junior Tori Bowser, returning from an injured knee ending her season last year, is a strong believer of this mindset.

“We go into each game as a brand new one. We don’t focus on the outcome of the last game but rather the game that’s in front of us,” Bowser said.

Not only did the team recruit five new players, but also former assistant coach Jason Octave is in his first season as head coach.

Sophomore Jessica Yin, a transfer student from Brooklyn College, understood the difficulties of adjusting to a new environment.

“It’s never an easy task to transition to a new place. With a new team and a new coach, it took a while to adjust to the way the team worked. But, at this point, the only thing you want to do is play your hardest to show everyone what you bring to the table and how you can contribute to the team,” Yin said.

The team began their season with a 3-1 victory against East Stroudsburg at the LI Invitational. Following two consecutive wins at the Charger Invitational, the team lost the next six matches.

“’Nothing is set in stone’ is a mentality we must take into consideration every game. Anything can happen on the court and no one can ever prepare enough for it. We all learn and grow from our previous games; even the smallest details make a difference. Whether it is a win or a lost, the team is not perfect and will never be,” Yin said.

“Regardless, we step onto the court and train to fight another day.”

The team is now 4-9 with their next game is at home against Bridgeport on Oct. 8. 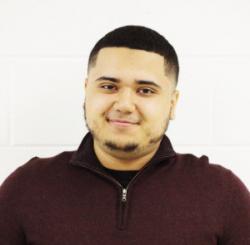