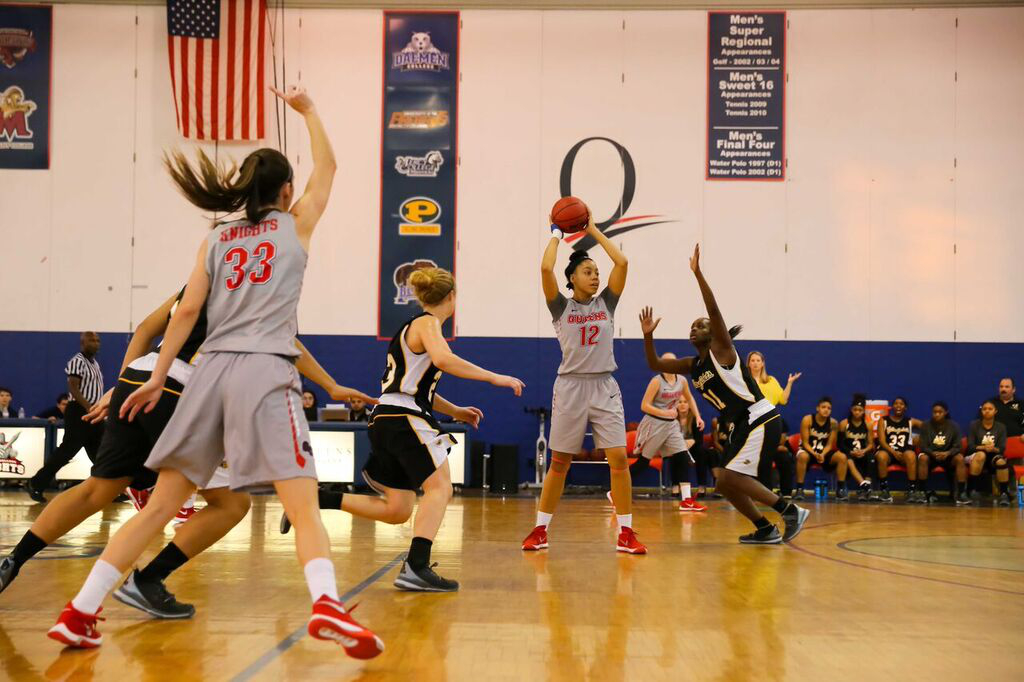 A fairytale ending for two players

Korzevinski and Rowland, both seniors, are the 11th and 12th players to get this honor, respectively. Korzevinski got it at the Jan. 27 match against St. Thomas Aquinas, which the team won 67-58. Meanwhile, Rowland scored 1,000 points three days later in the match against Mercy College.

But the road to the achievement was not easy. Rowland played just six games in the 2012-13 season because of a severe injury. Korzevinski also suffered an injury during her sophomore year, missing half of the season.

Rowland said she felt proud and surprised with her new feat.

“It’s a great accomplishment. It was exciting. I was really proud of myself that I did it in such a short amount of time,” Rowland said.

Korzevinski held the same record in high school, but doubted she would repeat it in college.

“I definitely didn’t think I would be able to achieve this in college,” she said.

Both players did not know how close they were reaching 1,000 points until their head coach, Elizabeth Naumovski, brought it up. After hearing about it, they felt excited and used it as a goal.

“When I found out how many points I was away from it, I set a goal for myself every game so I could get it this season,” Rowland said.

The two continued with the practice routines and did not take any risks during games to quickly get 1,000 points. Rowland said she avoided forcing shots she would not take.

Naumovski said she was proud of the players. Under her leadership, three players surpassed 1,000 career points, including junior guard Madison Rowland. She explained the milestone just did not represent the players, but the team.

Korzevinski agreed with her coach’s comments and said the team’s potential was limitless.

“It just proves what talent the team really has this year. We’re all very much capable,” she said.

However, only four games remain in the season. This means both players will see their careers with the team end.

“My whole life has revolved around the team,” Korzevinski said. “To think that it’s all going be over soon is very crazy to me.”

Rowland enjoyed her time with the team despite feeling sad it would end. One highlight she said was playing with her two sisters, Madison and Merrick.

Naumovski said the two seniors are special players that the team will miss. She felt proud of their help during their careers. But she is ready to recruit more athletes in the future with two commitments so far.