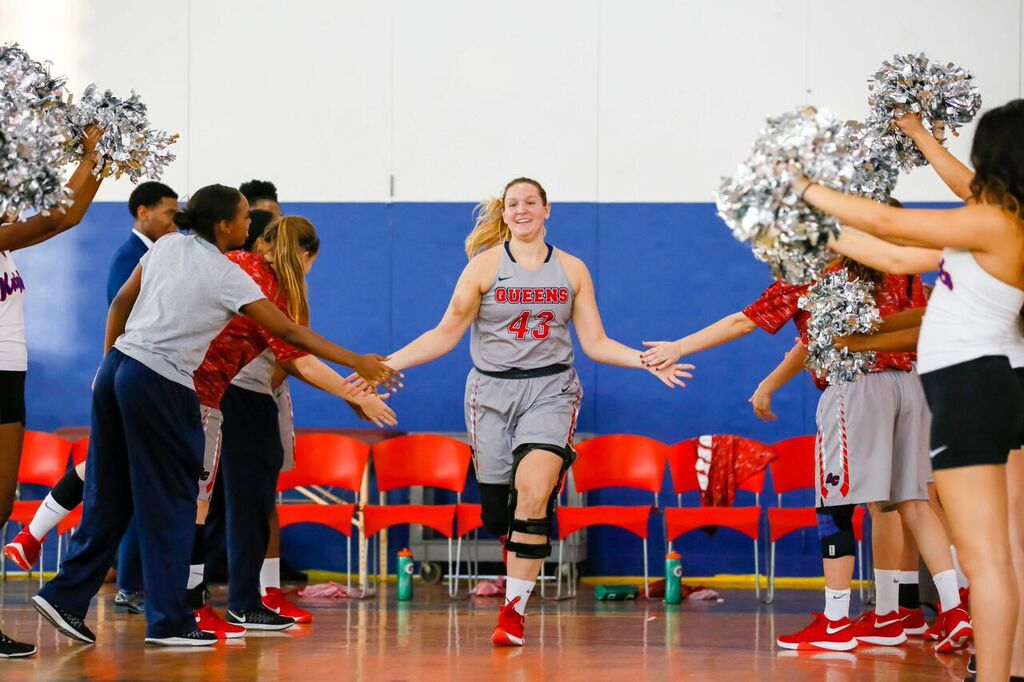 One-on-one with senior forward Elisabeth Gully. She was named team captain by head coach Elizabeth Naumovski at the beginning of the 2014-2015.

At what age did you begin to play basketball, and did you ever see yourself playing in college?

Who are some of your inspirations?

Some of my inspirations would have to be my mom and my grandmother. They’re the most amazing women I know, and I try my hardest to make them proud. They inspire me to be at my best all of the time and to work as hard as I get to where I want to be.

What is your major, and what are your plans after college?

I’m a psychology major. But I’ve taken all of the prerequisite courses at Queens College for graduate school in order to become a physical therapist. I really would like to stay in athletics and work with rehabbing athletes to get them back into competition.

That’s a tough question. My favorite food would have to be anything with cheese like pizza, cheesy bread and grilled cheese. I know, it’s weird. I also really love bagels.

Is it weird to not have a favorite movie? A film I could constantly watch is “Bridesmaids.”

What is something people don’t know about Liz?

I love to bake, and I say I’m pretty talented at it. I bake this funfetti with Nutella and marshmallow in it. It’s actually amazing.

What is your favorite part of playing for Queens College or basketball in general?

Well, I have two. The first would be that I have grown up in Queens my entire life, so it’s awesome to play for my borough. Second, my teammates are my best friends, and I enjoyed basketball bringing us together for the past four years.