In a way, every Queens College student is linked to the English Department.

Students are required to take a writing-intensive class. Others, including non-English majors, participate in QC Voices, a website featuring student perspectives, or Utopia Parkway Journal, a student-run literary journal.

For students majoring in English, the reasons behind their decision may vary. But one thing is certain–they want to increase their language skills.

Jose Fana, whose native language is Spanish, is a 28-year-old senior majoring in English and psychology. Spending four years as an English major sharpened his English.

“I have been getting better at my writing, and I feel that I am a more professional student. In other words, it has raised my self-esteem,” Fana said.

“I think that the English Department has helped many students with a strong academic skill. I know some classmates that use those tools and are very successful in school,” he said.

The English Department offers more to students than just classes. It includes an Honors Program for undergraduates. Moreover, it offers over 20 scholarships and contests for students.

Christopher Labial, Student Association president and a senior also majoring in English, spoke about his experience for applying for the Charles G. Weekes Endowment Fund.

“I enjoyed writing a fiction piece for the committee comprising of the best professors in the department. It’s an opportunity that helps a student get their name out,” Labial said.

Labial also recognized the department’s effort to prepare its students for their future career by innovating its curriculum. In one class he took, students were allowed to live tweet their thoughts and insights on class materials using their phones. The incorporation of blogging and media outlets helped connect students to the real world.

“The department really stepped up in making their courses relevant to the job market,” Labial said. “They want their students to be prepared for their futures. This is no longer an easy major that you take for a walk in the park. The curriculum is flexible and, chances are, you will enjoy the texts you read.”

Despite the department’s efforts, sometimes it’s hard to get the most desirable result.

Xi Yao, an exchange student from China and also an English major, said that she was not familiar with programs provided by the department.

Adrianna Sirinian, a political science major and a blogger for 2015 QC Voices, also said the atmosphere of Queens College affects the department’s outreach.

“Unless you’re taking a class or really interested in reading and writing, I think it’s difficult for the department to influence students, as the school is a commuter school that struggles to have a full encompassing community,” Sirinian said.

Still, in the 2014-15 English Department Handbook, the department focuses on helping students first and foremost.

“We serve a culturally and socioeconomically diverse population at a commuter campus, offering a rigorous education within an intellectual community of mutual respect,” it said. 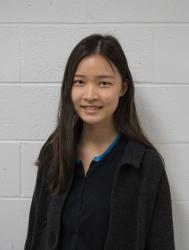