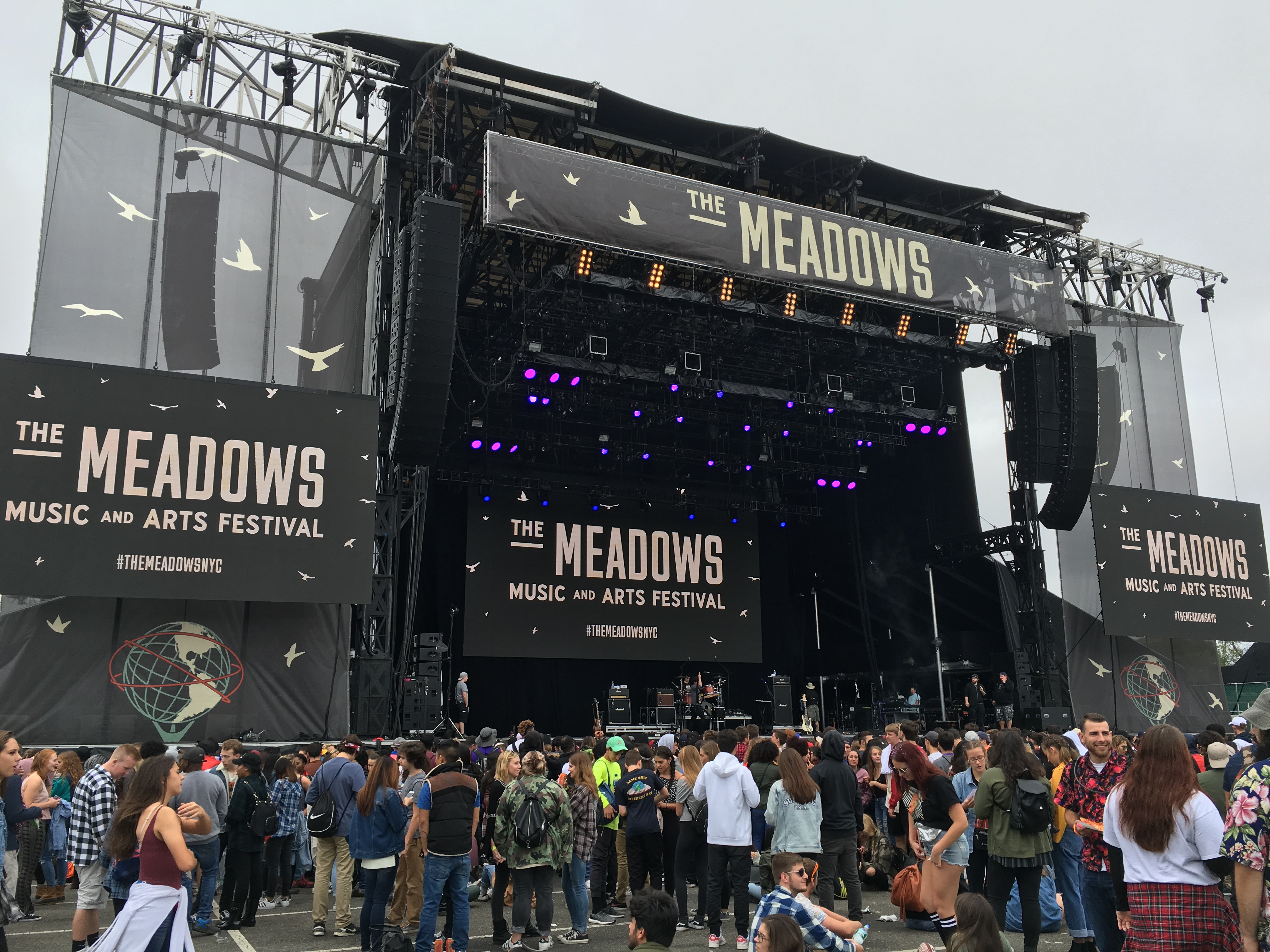 The Meadows Music and Arts Festival, from the creators of Governor’s Ball, came to Queens College this past weekend. It featured over 40 artists, including headliners such as Kanye West, J. Cole and Chance the Rapper.

Originally, the two-day festival boasted The Weeknd but, due to scheduling conflicts, the artist was pulled out and replaced by J. Cole. Many people were upset that they were not going to see their favorite performer after all.

Zoe Quinlan, 20, of Queens College, was one of these disappointed fans.

Kanye West had a similar ordeal at Governor’s Ball. His performance got cancelled due to weather conditions, so he was set to perform at The Meadows. Many people were excited to finally see him perform.

“I love Kanye West and can’t wait to see him perform. All I’ve been listening to is his new album,” Lexi Wozniak, 19, of QC, said.

“Kanye is God, I’m so hyped. I came [the first day] and was bitter when The Weeknd couldn’t perform so [the second day] better be good,” Lee said.

To many attendee’s disappointment, Kanye West came out 30 minutes after he was scheduled to perform and left halfway through his set due to a family emergency. Many people shouted in the crowd and chanted that they wanted their money back.

Jeneseis Estevez, 18, of QC, was one of these festival-goers.

Luckily, the event had plenty of paramedics and medical centers stationed around the festival for emergencies like this. There were also festival workers handing out water throughout the event, especially to those in the front who seemed to be at the festival since its doors opened.

At the end of the night, it seemed that Chance the Rapper stole the show

“He killed it out there. Waiting for him was so totally worth it. Lifelong dream accomplished,” Austin Holtz, 22, from Brooklyn, said. “At least now I can sleep in peace.”

The festival also featured many dining options ranging from Chinese cuisine, Mexican cuisine and a variety of doughnuts. By the end of the night, most shows had sold out. Everyone was ready to head home after a long day filled with music, delicious cuisine and some heartbreak.