Japneet Singh, a senior majoring in accounting, economics, finance, and international business, will serve as the president of the Queens College Student Association. This is Singh’s second time serving in office. Singh is the second student since the 1940s to be elected twice as student body president.

Singh expressed his gratitude to the Queens College community.

“It’s an absolute pleasure and honor. I enjoy serving the students of QC and CUNY with all my heart. I am on campus sometimes for 12 to 14 hours a day figuring out ways to engage and represent the student body. To me, it’s an opportunity to give back to my peers and the community that allowed me to be the man I am today.”

SFC accomplished numerous strides in office, including breaking records in attendance for QC’s annual “Welcome Day” concert, increasing social events on campus, and co-sponsoring/co-hosting club events to help promote and expand turnout success. Through their assiduity to unify the campus community, the number of organizations and clubs under SFC has doubled, providing students a wider selection to choose from.

During Singh’s time in office, he was able to extend library hours, provide more food vendors on campus, add stops to the shuttle bus routes, provide free tax services to students, negotiate to have Fraternity and Sorority flags hung, introduced the campus store, brought gender-neutral and accessible bathrooms, coordinated the MidKnight breakfast, formed the Queens College Appreciates Me week, and lobbied legislators in Albany, achieving a tuition freeze for the first time in 5 years. 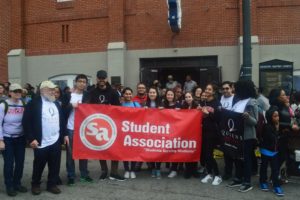 Singh’s acts of service have brought him many achievements, such as recently being awarded with the Vice Chancellor’s Excellence in Leadership award for the second year in a row. Singh aspires to continue to serve the QC community with more success and benefits.

“I hope to continue the work we started. This is the best relationship between Student Government and almost every other organization on campus. I want to continue to forge stronger relationships, and bring everyone under one umbrella so we can work together to make Queens College better. I think there is not nearly as enough collaboration on campus as there should be. This past year we did a great job in teaming up with others to have successful events, programs, and activities. In order to keep moving in that direction and being that unifying body on campus, we need to work together more so we can accomplish more together.”

SFC was recently opposed in the 2017-2018 student elections, against another political party, the Students Empowerment Party. This led Singh and his administration to dedicate more hours on campus and create more tactics to remain in office.

“This is my fourth campaign, second as President, so I understand the nature of election week. Obviously, with the addition of so many new people on the team, it took some time to get everyone up to speed. However, I think for the most part everyone on the team understood what to expect and how to go about election week. We also focused more on our strategy rather than our opposition’s strategy. They were focusing a lot on us and bashing us with inaccurate information. However, we kept our composure and focused on what our game plan was.”

Singh and SFC’s work in activism has expanded over the years, such as lobbying Higher Education Day in Albany, advocating for Queens College students and CUNY by the side of NYC Mayor Bill de Blasio at the Black and Puerto Rican Caucus, as well as declaring QC a Sanctuary Campus and creating a Unity Wall on campus for students after the 2016 presidential election.

Singh hopes for the QC community to gain more accomplishments and contributions from SFC during another year of him being in office.

“I want the QC community to be well represented in all aspects of the word. I think for the past 5 years we have done an exceptional job in ensuring the voices of our students are heard, and I hope to continue that during this upcoming year.” 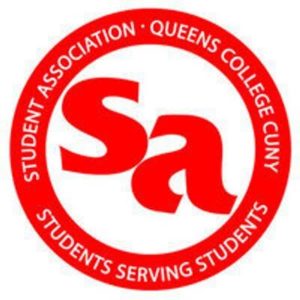 Cheyna Mulligan is a junior majoring in Media Studies. Email her at cheyna[at]theknightnews.com.