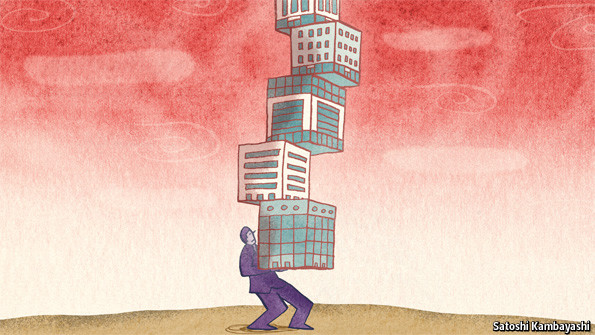 “I was earning 20,000 bolivars every two weeks I used to live in the state of Zulia in Venezuela. That’s less than 2.00 dollars. I was earning 4.00 dollars a month.” This is how Saul, a former Venezuelan fireman, began narrating his tragic arrival to Colombia. His story is no different from the stories of the thousands of people that cross the Colombian border hoping to find a job to sustain their families. “My wife and I could only eat once a day so we could feed our kids(…) I came to Colombia and started working in a restaurant, now I can send them money.” The steadily growing crisis that began with Hugo Chavez’s death in March 2013, was followed by the succession of Nicolas Maduro and it worsened with a severe oil price crash in 2014 that devastated the local economy. “At times they would pay me with a ‘ticket-shop’ that can only be used to buy food, those were worth 108,000 bolivars so roughly 10.00 dollars(…) that amount had to last one month.” recalled Saul. By 2016 the situation was out of control, Venezuela had the highest inflation in the region, its currency was completely devalued, shortages became the norm and therefore mass migration began.

The Colombian government opened its borders in several occasions to allow more than 63,000 Venezuelans buy medical goods, food and even basic products like toilet paper.  However, the crisis escalated extremely fast and last year alone there were more than 350,000 people emigrating permanently to Colombia. According to professor Jorge Alves, one of the main challenges for neighboring countries is that they are not entirely capable of receiving so many people. “Frontier towns in Colombia are typically smaller, have limited economic capacity and have underdeveloped infrastructure and social services…The complicating factor is that many countries, such as Brazil, are experiencing a deep economic contraction and domestic political instability of their own. Therefore, this makes them less likely to be able to offer the support needed by people fleeing Venezuela.”

Nonetheless, Colombian citizens have been exceptionally sympathetic and, for the most part, have received the immigrants quite well. Colombians such as Juan Carlos Facciola stated “They did this for us once during the 1960s, we owe it to them, we are just returning the favor.” The Colombian government is awarding two-year temporary resident permits to people affected by the crisis. Yet locals say the government should do more for them. “I think the government has provide complete healthcare for them, it’s the least they can do, a work visa it’s not enough.” said Juan Carlos. On the other hand, not all Colombians feel like Juan Carlos. Low income families feel threatened by the presence of so many Venezuelans that work for half of the minimum wage. Another concern is that Venezuelans take on informal jobs such as street-stands, cleaning services and gardening; which also happens to be a source of income for the Colombian lower class.

Despite that, Colombia has become a refuge and most people like Saul have been able to find a temporary solution, most Venezuelans wonder about their future and if the crisis will ever be resolved. Part of their struggle is to see that the Venezuelan media has been heavily censored and the world hasn’t been paying much attention to their situation. Maduro’s regime has closed about 46 radio stations and 3 TV stations. Jaime Nestares, one of the most renowned radio hosts in Venezuela, said in a press release that censoring the media is a sign that “Democracy is involuting and totalitarianism is moving forward, freedom of expression is at the stake.” A lot of what goes on in Venezuela is not shown at all. However, Adriana Rausseo a Venezuelan who moved to Colombia in 2009 feels that “Social media has been a great tool to spread awareness …People do have knowledge about the situation but there’s no action…I feel that the international community can do more for Venezuela.”

Many South Americans wonder about the impact of immigration in their countries. Could the increasing influx of immigrants destabilize the region? Could Venezuela become Latin America’s ‘Syria’? Professor Alves says no. “I think that numbers would have to significantly increase before it destabilized the region. It could, however, increase certain pre-existing tensions …Venezuela’s migrants are in small number both in relative and absolute terms compared to Syria…The population is clearly suffering the effects of economic crisis, food and basic goods shortages, and, for the opposition, political persecution. But Venezuela is not undergoing civil war.”

But just because Venezuela will not become the next Syria does not mean the public should keep ignoring the crisis. One way to help Venezuelans is to raise awareness of the issue. This can have a significant impact as they do not have a platform to call attention to the crisis. As for neighboring countries, the best way to help Venezuelans is to keep welcoming them and reassure them that even if the crisis is not solved in a near future they still have a place to call home.