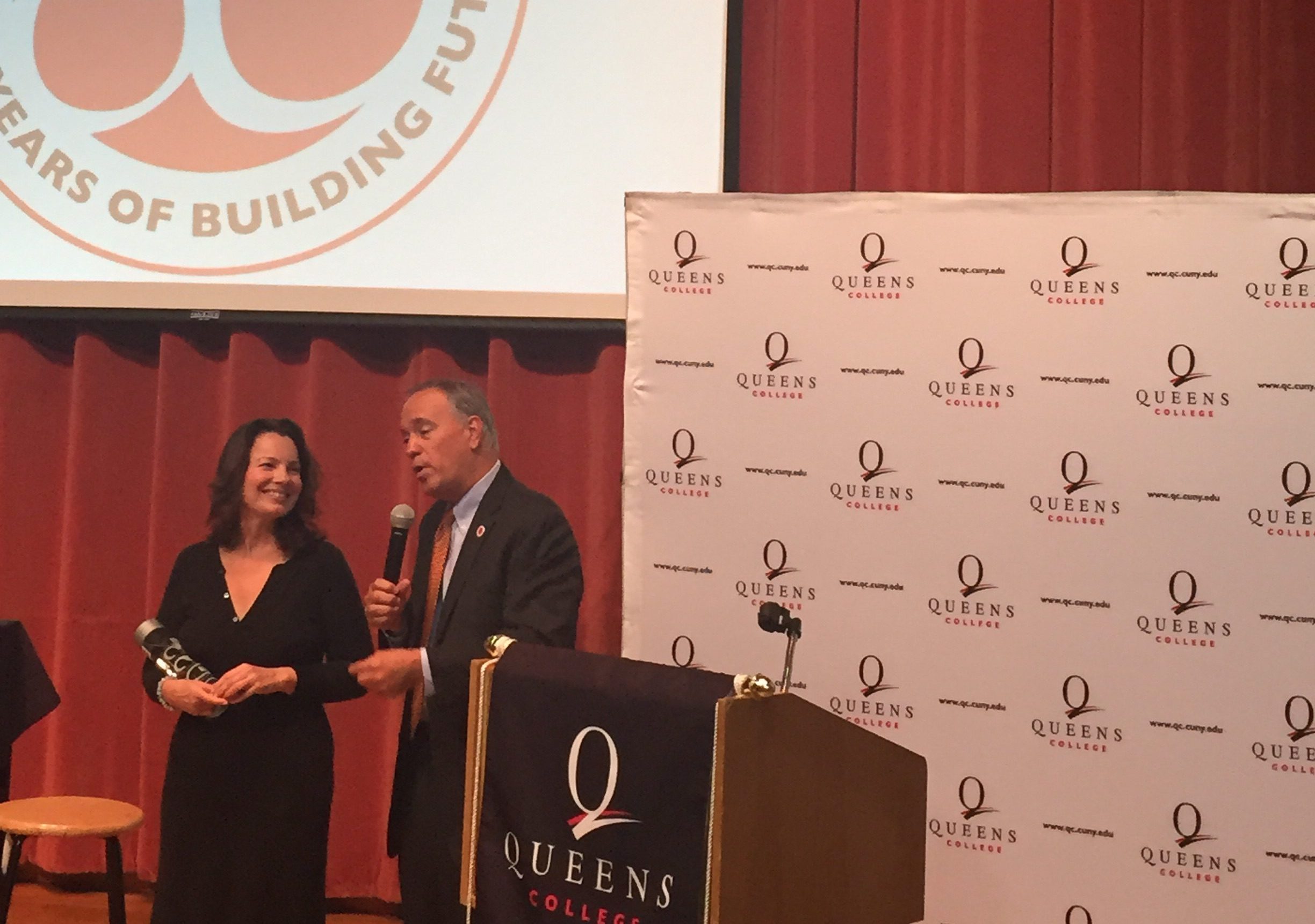 Queens College is celebrating its 80th Anniversary, noted by various signs around campus stating, “Eighty Years of Building Futures.” The first day of classes at QC was on Oct. 11, 1937. The college began with 16 academic departments, which have increased extensively to over 170 Bachelor and Master degree offerings today.

QC has changed over the years to include various honors programs, such as Macaulay Honors, that provide scholarships and vast opportunities for students.

Emerald Cazeau, a sophomore neuroscience and psychology major, said, “One of the greatest benefits I have as a Macaulay Honors student is being able to attend college tuition free. Without the scholarship they provide me, I would not be able to attain a higher education.”

Since QC prides itself in offering scholarships and financial aid to students. The college ranks among the “top one percent of colleges in helping students rise from poverty to prosperity.” This is one of the 80 “Wow Points” listed on the QC website to mark the achievements of QC in celebration of the 80th Anniversary.

Furthermore, on Oct. 11, 1937, QC had 400 full-time students. Now, there are nearly 19,000 students enrolled at the college. QC is known to reflect cultural diversity, including students with backgrounds from almost 170 countries and more than 110 spoken languages. A variety of cultural events take place at QC and there are over 100 clubs to reflect the interests of the diverse student body.

Cazeau, who serves as Chair of the Academic Affairs Committee of Student Association, said, “My favorite event at Queens College so far has to be Club Day. The diverse range of clubs that QC has to offer as well as how passionate our club members are in increasing their membership and spreading awareness of their goals amazes me.”

In addition to the multitude of clubs, QC has 19 varsity teams and is the only CUNY college to have Division II status.

Tatijana Lonic, a sophomore mathematics education major and sports athlete, said, “The athletic department is outstanding because they prioritize grades by providing opportunities for tutoring. As a student athlete, Queens College provides me the opportunity to do both things I love, study math and play soccer.” The QC athletics department had successes in the past and continues to have achievements in the present. For instance, Gail Marquis, Class of 1980 and silver medalist in the 1976 Summer Olympics, played with QC women’s basketball team in Madison Square Garden’s first women’s basketball game in 1975.

Distinguished alumni are helping celebrate QC’s 80th anniversary. Fran Drescher, known for her television show “The Nanny,” came to campus on Sep. 18, 2017 to speak to QC students and faculty about her organization called “Cancer Schmancer” and the significance of mindful consumerism. Ms. Drescher was honored at QC’s Gala on May 3, 2017 with the QC Lifetime Achievement Award.

Alice Artzt, a 34-year QC professor and alumna who attended the Gala, said, “I loved when Fran Drescher spoke at the Gala. She is a role model for all people who face medical challenges and forge ahead with strength and courage.” Alice Artzt also exemplifies a QC alumna who is serving her community. She created the TIME 2000 program, which is a mathematics education scholarship program that prepares students to become math teachers.

Members of the QC community reflected upon their memories of the college.

Professor Alice Artzt said, “I met my future husband in a class in Advanced Calculus. He asked me if I had done the homework and I said ‘of course.’ We became close friends after that, and the rest is history, as they say.”

The friendships and memories made at QC have left a lasting impression on many. As Queens College will continue to grow in the future, its mission will remain the same, “Discimus ut serviamus: we learn so that we may serve.” To learn more about the history and achievements of QC, as well as to stay informed about different events happening throughout the year in celebration of the 80th anniversary, visit the QC website: qc.cuny.edu.