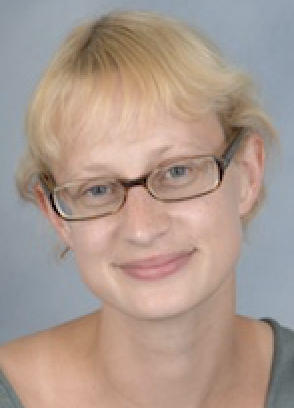 Face it, meeting with an advisor to declare one’s major can be anxiety-provoking. Some students  question whether they’re on the right track, and many hope they’ll get an advisor who will guide towards the best possible choice. Students who visit the English Department don’t have to worry about being alone in the major-choosing process, as Professor Andrea Walkden is there to save the day.

Walkden, who has been working at Queens College for ten years, is one of the advisors students can see if they’re an undergraduate majoring or minoring in English.

What makes her an effective advisor is way she converses with her students. She cares about students’ interests and hopes for the future, and offers them advice on how to attain these goals, using her experience in teaching both undergraduate and graduate students.

Medina Durakovic, a junior English and secondary education major, who took a class with Walkden, says, “Professor Walkden is a very sweet, humble, and honest person. She not only made the atmosphere of the classroom very friendly, but she challenged me as a student to think beyond what the text was telling me. Also, I haven’t forgotten about the sheet she gave out to our class at the end of the semester stating her favorite memories from the class that each student in her English 241 class helped to create.”

Durakovic said she would recommend that other students take a class with Professor Walkden.

But there is still more to Walkden than being an advisor and a professor. She is also an author.

After growing up in a small village in England, she moved to New York, where her book, “Private Lives Made Public,” was published.

The book explores explores the vogue for biographical writing that followed the the trial and execution of King Charles I in England in 1649. Within days of his execution, Charles became the subject of a bestselling pseudo-autobiography whose popularity fueled the market for more biographies–known during the period as “lives”—and catapulted them into the foreground of cultural and political debate, Walken writes.

As a published author, the advice she gives to others who are seeking to publish their work, is that writing a book is not very different from writing small essays woven together. Professor Walkden believes if a person can write a six page paper, he or she should not have a problem writing a chapter that is 20 pages long, and if one can successfully complete a 20-page chapter, then writing a book becomes simple.

Minire Bee, a junior majoring in English and secondary education, says, “Professor Walkden has transformed my approach to writing. One prevalent technique was using the “Oxford English Dictionary” to do research on a word I’m not sure of. Using the OED has become a part of my research process, and has allowed me to gain a new perspective on the text when I know the meaning of a challenging word.”

As Walken reflects on her time as an English professor, she admits she is glad she was given the chance to be an English major, even though several of her family members are accountants.

Students who want to meet with her should stop by her office in Klapper 603. The English Department is also holding the MFA Program Tenth Anniversary Celebration Reading on November 16, at 7pm and a “We Appreciate You: A Reading and Reception for our Alumni and Supporters” on November 15 from 6pm-8pm that is open to all. Both of these events will take place in Klapper Hall, Godwin-Ternbach Museum. For more information, contact MFA Director, at mfadirector@qc.cuny.edu