Titi Aynaw, the first Ethiopian Miss Israel visited Queens College on Monday, October 20th. On the first stop of the Jewish National Fund’s national tour, Aynaw spoke to students about her childhood experiences growing up in Ethiopia and Israel, and her great surprise once she heard she was the winner of the Miss Israel contest.

Aynaw opened with how grateful she was to be on this tour, and how happy she was to spread the truth about Israel.

She grew up in the small village of Chahawit in Ethiopia, and shared a one bedroom with many of her relatives. She spoke about walking around outside barefoot, and how there were no supermarkets or malls. As she grew up, she heard over and over from her family and surrounding Jewish community to never forgot that one is Jewish, and that you must move to Jerusalem when given the opportunity.

She dreamed of moving to Israel, as did her brother, and her beloved mother. Her father died in battle as a commander in the Ethiopian army when she was two years old, so she did not get the opportunity to grow up under his wings. Unfortunately, her mother passed away when she was twelve years old, unable to live this dream. Soon after her death, Titi made “Aliyah,” the Hebrew term for going up to the land of Israel with her brother.

When she came to Israel, she was amazed. She expected the land to be filled with milk and honey, as described in the Bible. She also imagined being Queen of the land, a land she hoped would be flowing with chocolate like in the Willy Wonka chocolate factory. However, the land of Israel was more modern than she expected. She was first exposed to a T.V., high rise buildings, cars, and most importantly, shoes! She could change into new clothes every day, and had a shower of her own. This was just the beginning of the new, and renewed Titi, as she started this exciting chapter of her life.

She did not know the Hebrew language, and knew this would pose a problem as a new citizen living in a Hebrew speaking country. Aynaw promised herself that she would learn Hebrew extremely fast, because she knew that she would want to take care of herself and her grandparents who graciously took her into their home.

Aynaw was a special girl, teaching herself Hebrew as quickly as she could. In her elementary school years, one of her kind teachers started up a program, coined “Project Titi,” where once a week, girls Titi’s age would teach her words and nuances in the language to make her feel comfortable in this foreign country. Titi reflected, when she told us that not one girl laughed at her because of her foreign tongue, and she was never ashamed to be herself. She became fluent in Hebrew not long after this project came into fruition.

She became head of student council, she was one of the fastest runners across Israel, and received many medals. She almost became a professional athlete, but her grandmother warned her of the dangers of not going to university so she quickly quelled that dream.

She then decided to join the Israeli Army, known as the Israeli Defense Forces. She ultimately became an officer in charge of 300 male soldiers, an incredible feat for someone that did not know the language a few years prior.

“If you are good at something, you’re good, it doesn’t matter if you’re black,” Aynaw repeated throughout her speech, reminding us all to follow our dreams.

After her three-year army service, Titi was ready to go to university. However, her friend Noa had other ideas in store. Noa wanted Titi to apply for the Miss Israeli contest, as the winner received a brand-new car. “We need a car,” said Noa, and off Titi went after much pushing, to apply. Even though she walked into the audition with no makeup, a big t – shirt, and flip flops, all of the judges loved Titi and the inspiring story she had to share. Titi learned how to wear high heels, and she ultimately became the first black, and first Ethiopian Miss Israel.

Tamara Heller, a pre – nursing junior who is a media studies major at Queens College said, “It was so great meeting Titi, someone who came from nothing and worked her way to the top and maintains complete humility. As a Zionist, her service to the country inspired me and gave me pride to be a Jew. She was so sweet and friendly; thank you for bringing her to Queens College!”

To give back, Titi created her own “Project Titi,” where she currently helps 66 kids from Ethiopian backgrounds learn school subjects in a safe and warm environment. This project helps keep the children busy, stimulated and out of trouble. The Israel Student Association, the David Project and SA cohosted this event along with the Hillel Club. 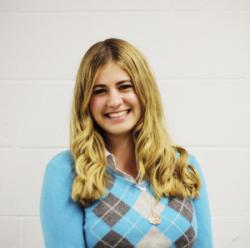