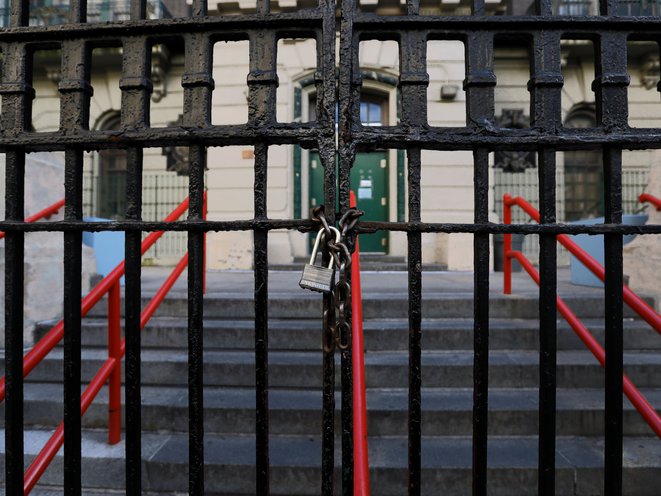 After barely six weeks of in-person classes, the entire New York City (NYC) public school system shut its doors with under 24 hours notice on Thursday, November 19th. The decision was announced in a Nov. 18 news conference by NYC Mayor Bill de Blasio, and has since sparked a great deal of debate over whether school closure is a safe or productive method of battling the spread of COVID-19.

The decision followed a 3 percent city wide positive rate in all administered COVID-19 tests over a seven day period; a threshold which the mayor deemed sufficient to close schools “out of an abundance of caution”. However, the World Health Organization (WHO)’s recommended threshold has been five percent, which in itself is relatively conservative compared to the 10 or 20 percent of some areas in upstate New York. Routine random testing within the school system indicated that infection rate among students and faculty was significantly lower than that of the city as a whole, at only .2 percent. As a result, this sudden announcement left many parents of NYC students confused, dissatisfied, and often without the accommodations necessary to engage their children at home.

The reopening of schools has been much anticipated by parents and students alike since the system’s initial closure in March 2020. A preliminary opening plan released by the mayor and New York Schools Chancellor Richard A. Carranza in July, stated the measures in place to provide a hybrid return to classes, which included a great deal of precautions such as physical distancing, face coverings and carefully constructed student to classroom ratios. Parents were presented with a survey in which they were requested to indicate whether they and their child would prefer an in-person, zoom, or blended method of learning. This enabled students at risk, or with vulnerable family members, to remain comfortable and safe despite in-person classes resuming. Of the 1.1 million students enrolled in NYC schools, approximately 300 thousand opted to attend classes in-person in some capacity, having considered online school to be too damaging either socially or academically.

“I want school to be open again, because when it’s open, you get practice in being social,” an anonymous New York City 4th grader, who is currently learning from home, stated. “I don’t like online classes. My computer always freezes and I get confused with my schedule. Homework is also really hard to keep up with.”

In light of the academic and social challenges online learning presents, many feel that despite a significant number of recent workplace closures, schools are one institution that should be allowed to remain open. While the pandemic has unfortunately claimed over 24 thousand lives in New York City, less than .06 percent were children between the ages of 0 and 17. However, Center for Disease Control (CDC) studies have shown suicide to be among the three leading causes of death in teens ages 12 to 19, an age range that encompasses a significant portion of NYC public school students. A separate survey conducted in June has indicated that since due to the isolation from the pandemic, depression, substance abuse, and suicide attempts among young adults have increased to 3 to 4 times what they had been pre-pandemic. Many have voiced the concern that perhaps school shutdowns are actually more harmful than not, as students more vulnerable to COVID-19 have already had access to zoom options, and those that have chosen to attend in person are more likely to suffer disproportionately from a lack of social interaction at an age in which such development is crucial.