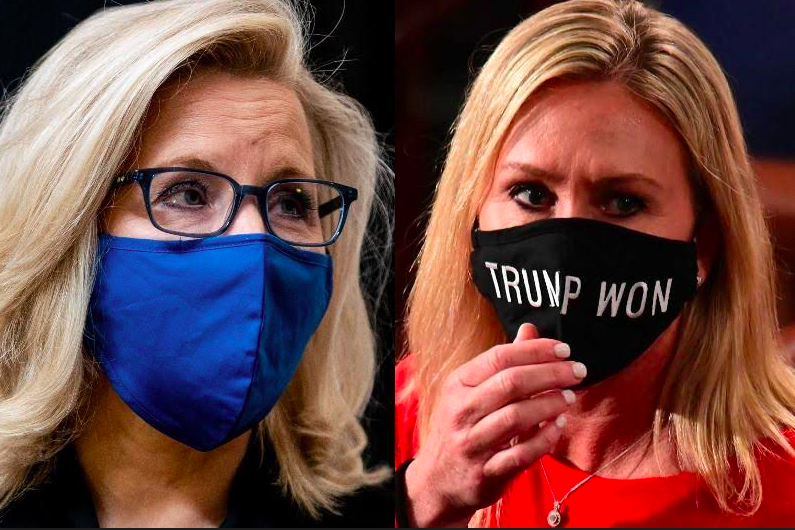 Amid what many are describing as a battle for the soul of the Republican Party, members of the GOP rallied together on February 3rd to oust a Republican Congresswoman. And it wasn’t QAnon conspiracy theorist Majorie Taylor Greene.

After Liz Cheney -the third highest-ranking Republican in the House- voted to impeach President Donald Trump for inciting an insurrection, a sizable margin of House Republicans attempted to strip her of her leadership role in the GOP. In an anonymous ballot, 145 Republicans voted in support of Cheney, while 60 voted against her. Though she won the vote in a landslide, it comes as a shock to many that as many as 60 House Republicans wanted Cheney removed from her conference chair.

According to Queens College (QC) Political Science Professor James O’Neill, the episode is far from business as usual. “Though she was not stripped of her leadership role, members of the House usually respect the ability of members to vote their conscience. It’s a tradition the House upholds. This is an indication that the party is torn apart and can’t completely rid itself of Donald Trump. The GOP has many issues that they need to solve going forward.”

Just days after Cheney retained her leadership role in the GOP, the Republican Party of Wyoming-the state she represents- voted to not only censure her but have her immediately resign. Of the 74-member committee, only eight Republicans opposed the censure that accuses Cheney of failing to offer Trump “formal hearing or due process.” Cheney responded to the censure in a statement defending her vote to impeach Trump: “My vote to impeach was compelled by the oath I swore to the Constitution. Wyoming citizens know that this oath does not bend or yield to politics or partisanship.” The GOP’s response to Cheney voting her conscience contrasts starkly with how they’ve handled the controversy surrounding Congresswoman Marjorie Taylor Greene.

Greene is under fire as controversial social media posts have recently resurfaced. These posts indicate that Greene believed the Parkland school shooting was a “false flag operation,” supported QAnon, suggested that the Clintons murdered JFK, Jr., endorsed executing Speaker Of The House Nancy Pelosi, and claimed there’s “no evidence of a plane flying into the Pentagon” on 9/11. Democrats are outraged, not only with Greene but of the silence from her Republican constituents. Very few Republicans have spoken on the matter, but of the small bunch, Senate Minority Leader Mitch McConnell’s statement on the Congresswoman is the most striking: “Loony lies and conspiracy theories are cancer for the Republican Party and our country.”

Despite McConnell’s strong condemnation, House Minority Leader Kevin McCarthy has chosen not to deprive Greene of her committees-eliciting a vote amongst House Democrats and Republicans. On February 4th, the House voted 230-199 to remove Greene from her committee assignments. Many Republicans fear that the House Majority voting a Minority member off their committees sets a dangerous precedent, one that threatens Democracy by giving too much power to the House Majority.

Queens College (QC) Political Science Professor John Bowman argues that we’re beyond the point of precedents: “Established precedents are dropping at a rapid rate. There was no precedent for refusing to accept certified election results, yet a majority of GOP House members did just that a few weeks back. And it is pretty easy to find precedents for what you want to do if you are not too choosy about facts and equivalence.”

Before the House vote, Greene took the floor to express regret for her past statements. In her speech, Greene condemned the conspiracy theories and statements she previously endorsed without actually apologizing. After she was voted off her committees, Greene tweeted “I woke up early this morning literally laughing thinking about what a bunch of morons the Democrats (+11) are for giving someone like me free time. In this Democrat tyrannical government, Conservative Republicans have no say on committees anyway. Oh this is going to be fun!”

Published in News and Op-Eds