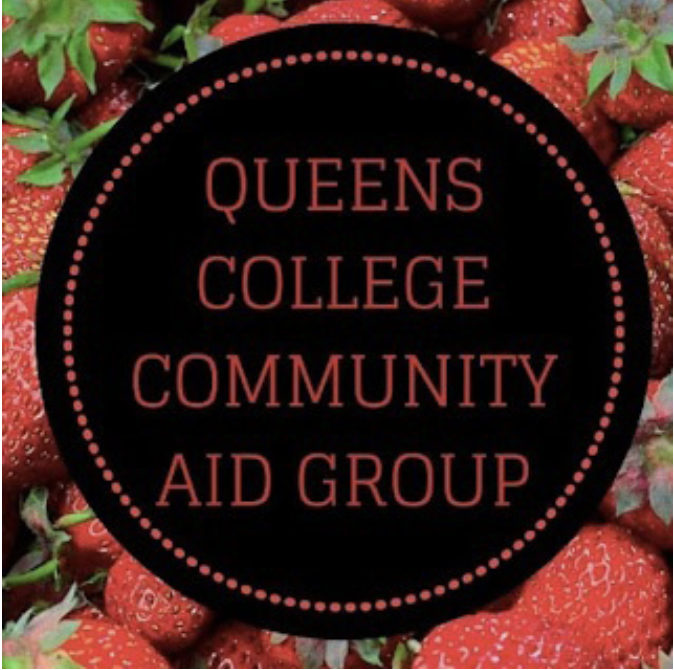 According to the United States Department of Agriculture’s Household Food Insecurity Report, over 35 million families struggled with hunger in 2019. With the onset of the COVID-19 pandemic and the enormous economic downturn that followed, this data has surely grown in the past year. In these dire times, the students of the Queens College Community Aid Group, (QCCA), have stepped up to assist the Queens community by establishing weekly grocery pickups for food-insecure families at the corner of Melbourne Avenue and Kissena Boulevard every Sunday morning.

QCCA was started earlier this year by Queens College (QC) sophomore Gav Meiri as part of his internship with the Hillel Campus Service Corps, a joint partnership between Hillel International and Repair the World. The goal of the corps centers around sharing what we can with our surrounding community and peers with the goal of easing the burden of the pandemic for everyone. From this, Meiri created QCCA as a way to organize direct social justice action at  QC during the pandemic.

Currently,  QCCA operates in two main ways. First, is through weekly learning sessions on Tuesdays discussing matters of intersectionality such as race, gender, class, etc. This education is critical to the group’s aspirational mission of mutual aid, whereby members contribute to the group by both giving and receiving. The learning allows members to better understand the issues that affect their communities, in order to brainstorm structural solutions in addition to their temporary service.

QCCA also has a weekly food distribution taking place at QC. The idea for food distribution originated from a conversation Meiri had with Rabbi Sara Zacharia,  QC’s Hillel’s Senior Jewish Educator about food insecurity during the pandemic. This spurred Meiri to try and do something about this crisis, so he contacted Adama Bah, a community organizer in Harlem running her own food distribution, who in turn referred him to the Hungry Monkey Rescue Truck, which distributes food to the needy through the USDA Farms to Family program to set up a food acquisition system. On Sundays, QCCA distributes this food from Hungry Monkey Rescue to the 600 or so families who come to receive it. While Meiri is the leader of this massive logistical effort to get the food distributed every week, he’s quick to note that “this is a team- organized feat. My role has been… to make sure everything fits together, but everyone does rely upon each other [to make this happen]”.

This unique combination of learning and community aid that QCCA embodies has been making a profound impact not just on the people they give the food to but also the members themselves. As QC Junior and QCCA member Esther Schonfeld says, “ I really appreciate the opportunity to volunteer with QCCA, not just because it gets me out of the house every week but because my volunteering is grounded in the political philosophy I’m developing as a result of the Tuesday learning. I’m giving my time not just as a hierarchical act of charity but as a commitment to equitable community aid.”

So what is QCCA planning for the future? As of yet, that’s to be determined. In Meiri’s view, “Obviously we plan to keep the distributions going for as long as we can get the food, and learning will always be part of our work…but we’re only just [starting to get] into the groove so it’s hard to envision further”.
If you want to get involved with QCCA and make a difference in our local community, visit https://linktr.ee/qc.community.aid.group and join!