Legendary composer Stephen Sondheim, who died on Nov. 26, 2021 at the age of 91, was a pioneer in musical theater. With the revolutionary revival of his 1970 production Company, which is playing at the Bernard B. Jacobs Theatre, a new generation is able to experience the impact Sondheim made through this modern reimagining.

In the original 1970 production of Company, the musical centered around New York City bachelor Bobby, who wonders about the possibility of marriage as he’s about to celebrate his 35th birthday. The revival modernizes the story by changing the gender of its main character — who now goes by the name of Bobbie — and having the setting take place in the present.

This revival was originally scheduled to open back in March 2020, in the midst of Sondheim’s 90th birthday, but COVID-19 put those plans on hold. Now, the play finally arrives, making a comeback in a post-pandemic New York City. The question is: was it worth the wait?

Throughout the plot, Bobbie, who is played by American actress Katrina Lenk, worries about joining the state of marriage and becoming a mother. She is joined by her friend Joanne, portrayed by Patti LuPone, as well as married couples Harry and Sarah (Chirstopher Sieber and Jennifer Simard) and Peter and Susan (Greg Hildreth and Rashidra Scott). Lenk’s character goes through a number of boyfriends, ranging from airline pilot Andy (Claybourne Elder) to tattoo-branding PJ (Bobby Conte), all while she tries to think about what should truly matter in life at age 35. Is it finding a soulmate? Avoid staying alone? It’s hard to guess, but Bobbie’s journey will give audiences a chance to find the answer to those questions.

Company’s lyrical brilliance is a love letter to NYC, giving the setting new life for a generation of theatergoers since its original run 52 years ago. A bouquet of roses must be sent to director Marianne Elliott, who did a marvelous job at spearheading this revival, which originally started in London during 2018.

Besides LuPone, a new set of actors are introduced for the West to retell this coming-of-age story. Liam Steel’s very talented choreography is also put to good use, especially in the second act opener, “Side by Side by Side.” Bunny Christie’s sets and Neil Austin’s lighting put the production in motion and are reminiscent of the literary classic, Alice in Wonderland, as Bobbie finds the clues she needs as she navigates life as a 35-year-old single woman in NYC.

With the help of a sublime cast, Elliott has directed a comedic and heartfelt performance, as both Lenk and LuPone deliver winning performances that is sure to net the latter her third Tony Award later this year. When Joanne sings “The Ladies Who Lunch,” near the end of the evening, it’s impossible to not give her a much-deserved standing ovation. There are also some funny turns taken by Simard, Sieber, Hildreth, Scott, and Elder.

The true triumph of the play is Sondheim’s timeless score. The music and lyrics that he wrote sincerely capture the pulse of this wondrous city we call home. From the opening number to one of the best closing musical numbers ever, “Being Alive,” it’s evident that honor is given to Sondheim’s original plot.

Company is playing at the Bernard B. Jacobs Theatre on 242 West, 45th Street, NY between Broadway and 8th Avenue through April 30, 2022. 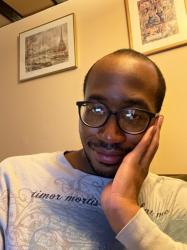