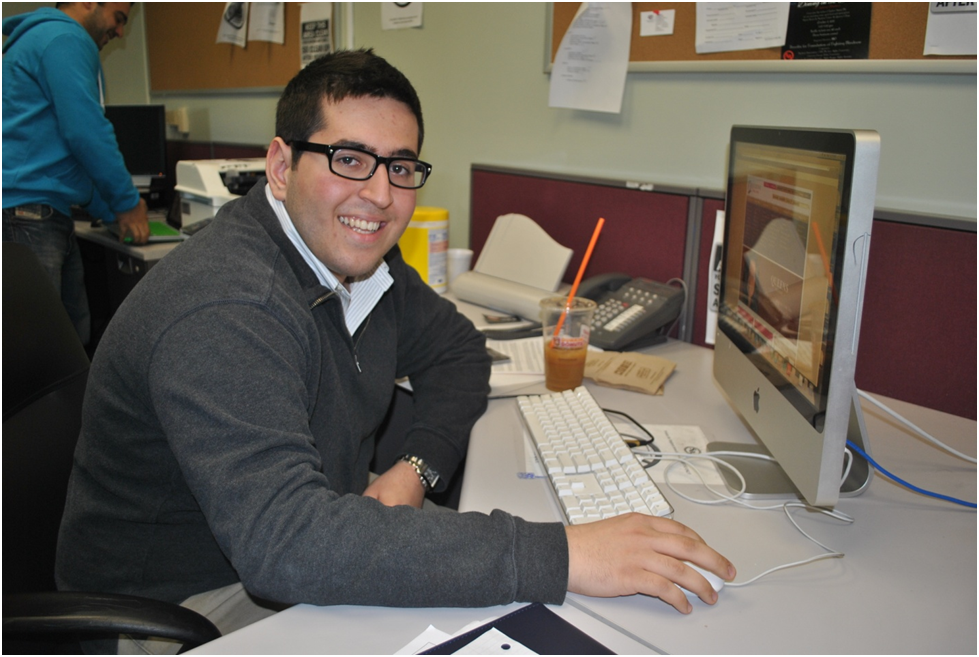 Louie, a 22-year-old senior, is triple majoring in accounting, political science and economics. He makes it a priority to liven things up on campus.

“We’re big on social activities; we’d love to get the campus more involved,” Louie said of Students for Change, a relatively new political party on campus. “Overall, we’re looking to do at least two parties a month for the students.”

School spirit is considered by Louie to be an important aspect of the college experience. “School pride is definitely important, in my opinion. That’s one thing I’m trying to build as president,” he said.

Contribution by the SA to increase school pride included a Karmin concert at The Quad on Welcome Day as well as a glow party, a carnival and a Halloween party.

Planning events for finals week are already in motion as Louie plans to bring back free massage therapy and 24-hour service on two floors in Rosenthal Library. A new Puppy Room is also in the works where several puppies and two adult dogs will be used to help relieve stress for students.

So far, he believes that SFC is moving in a great direction. Being a diverse organization has also proved beneficial as he feels it’s easier to reach out to the clubs and students on campus.

Louie considers the past year to be their “learning year.” When the party first took office, they were not aware of the aspects of running a student government. However, he feels that his party has some great SA members who may one day become our future leaders.

As he considers himself to be a servant to the people, Louie wants QC students to know that if they want to talk to him or have any questions, he is there to hear them out. Making QC a better place is his primary objective.