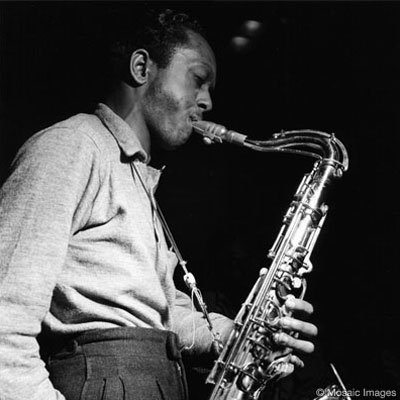 LeFrak Concert Hall hosted a concert in recognition of saxophonist Jimmy Heath’s 90th birthday celebration on Wednesday, Oct. 5. Individuals of all ages were able to enjoy the works of Heath as well as other guests from the world of smooth jazz.

Heath has just about played with everyone in the jazz industry. After being rejected for the World War II draft, Heath formed a band with John Coltrane and played gigs with Charlie Parker in Harlem. He started teaching at Queens College in the 1980’s and created the jazz program here.

Once Heath walked out onto stage, he instantly got a standing ovation from the crowd. Professor Edward Smaldone described him as a “brilliant saxophonist, composer and band leader.”

The night started with student ensembles, which involved piano, saxophones, drums and bass. All the compositions that night were Heath’s originals. They opened with one of Heath’s classics “Sassy Samba.”

Michael Cogswell, executive director of the Louis Armstrong House Museum, was introduced and talked about the museum, which also featured a slideshow with pictures of Heath with, as Cogswell described, “the greatest musicians of the world.”

Professor Antonio Hart took the stage and described his relationship with Heath. As a Berklee College of Music attendee, he felt he was missing something. He said he wanted to study with a master. Hart soon found Heath and found his missing piece.

“I thought I’m not only going to be just a student, we’re going to be tight. In the last 20 years this man has become my father,” Hart said.

Then he addressed Heath and said “I hope one day I can do something that will make you proud of me. I love you. Thank you so much.”

After his speech, he joined a faculty ensemble on stage and performed another piece of Heath’s. Felix Matos Rodriguez, President of QC, also made an appearance. He thanked Heath for his gift of beautiful music and incredible humanity. He presented a certificate to Heath in recognition of his contributions to the college and the world of jazz.

Heath joined him on stage for this moment. He continued with a few words of wisdom and remembrance of when he started in his roots of Queens.

“My life had been enriched so much when I began to teach here in Queens. It was a life saving move for me and I learned so much because teaching is learning and I owe that to my student,” Heath said.

He has written 130 to 140 original compositions and made the crowd laugh when he said, “you know me, yeah boy.” He then threw up the peace sign. He then ended his speech by thanking everyone who performed and attended.

He then proceeded to get on stage with an alto sax and got up there with the band then showed the crowd his impressive musical abilities. They ended the night with “A Mother’s Love.”

Many students turned up to the event, including Carly Remerson, a junior.

“I am taking a music class and had to attend this as part of the curriculum. Honestly, I ended up enjoying it a lot more than I thought I would since I’m not really into jazz,” Remerson said.

The night ended with drinks and desserts outside the concert hall while many people stayed and mingled with their friends, performers and Heath himself.