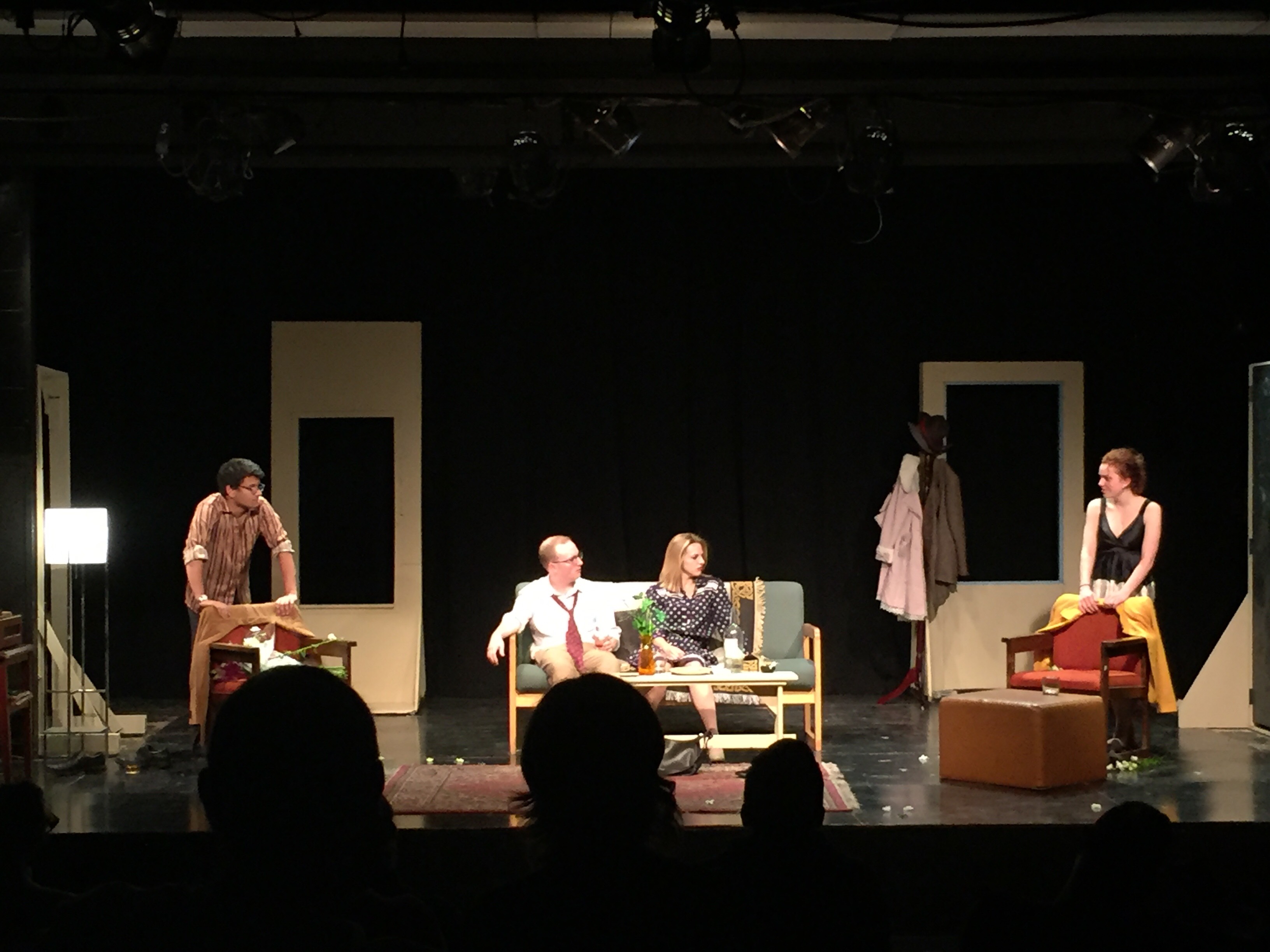 The Queens College Theatre Guild put on their production of Edward Albee’s “Who’s Afraid Of Virginia Woolf” on Nov. 18 at The Little Theatre in King Hall.

“Who’s Afraid of Virginia Woolf” is a two hour and 45 minute play originally performed on Broadway in 1962. Victoria Gomez, the president of the QC Theatre Guild and a drama theatre and studio art major, directed it.

“The goal was to bring in new people to the theatre guild who aren’t only theatre majors to give them opportunities to act,” Gomez said. “The rehearsal process was fun and everyone brought in ideas and energy.”

Gomez gave an introductory speech before the play paying respect to Albee in honor of his passing in September at the age of 88.

The assistant director was David Martin, a freshman majoring in theatre, and the stage manager was Joanna “Jo” Micius, a QC alumna who graduated in psychology with a minor in theatre.

The play is set in a married couple’s house. The characters are George and Martha. George is an associate professor of history at a university in New England. He was played by John Defilippo, a senior majoring in theatre who’s been in other QC plays such as “The Cherry Orchard” and “Our Lady of 121st Street.”

His wife is Martha, the daughter of the dean of the university George teaches in. She was played by Caitlin Marziliano, a senior majoring in English. This was her first time performing a play in the theatre guild.

“This was a beautifully written play,” Marziliano said. “Performing on this stage I discovered something new and everyone had so much dedication.”

During the play the couple invited Nick, a biology professor at the same university as George, into their home. Timothy O’Brien, a sophomore majoring in music, played Nick. Casey Mahan, a senior majoring in theatre, played Nick’s wife, Honey.

“It was a very nice experience watching these actors really becoming their characters,” Martin said. “The lines are so intelligent and deep with so much meaning expressed though actions and words of characters. The audience can relate to the characters, and it’s interesting to see how people’s marriages turn out in the future.”

One major conflict in the play is when Martha speaks of the time George wanted to publish a novel and Martha’s father, the dean, prevented him from doing so. George begs her not to say anything. When Martha continues, George pushes Martha to the ground and starts to choke her and threatens to kill her.

Vannery Toribio, 30, from Long Island was an attendee of the play.

“It was a beautiful play,” Toribio said. “The ending of the play was an interesting surprise.”

Alumni and professors also showed their support by attending the play. Professor Claudia Feldstein of the Acting Department and Charles Repol, a professor who teaches musical theatre, are directing “Damn Yankees,” a play that the theatre department will be presenting in the spring.

Next semester, the QC Theatre Guild will put on William Shakespeare’s play “Twelfth Night” from Feb. 23 to 26 and March 2 to 5.