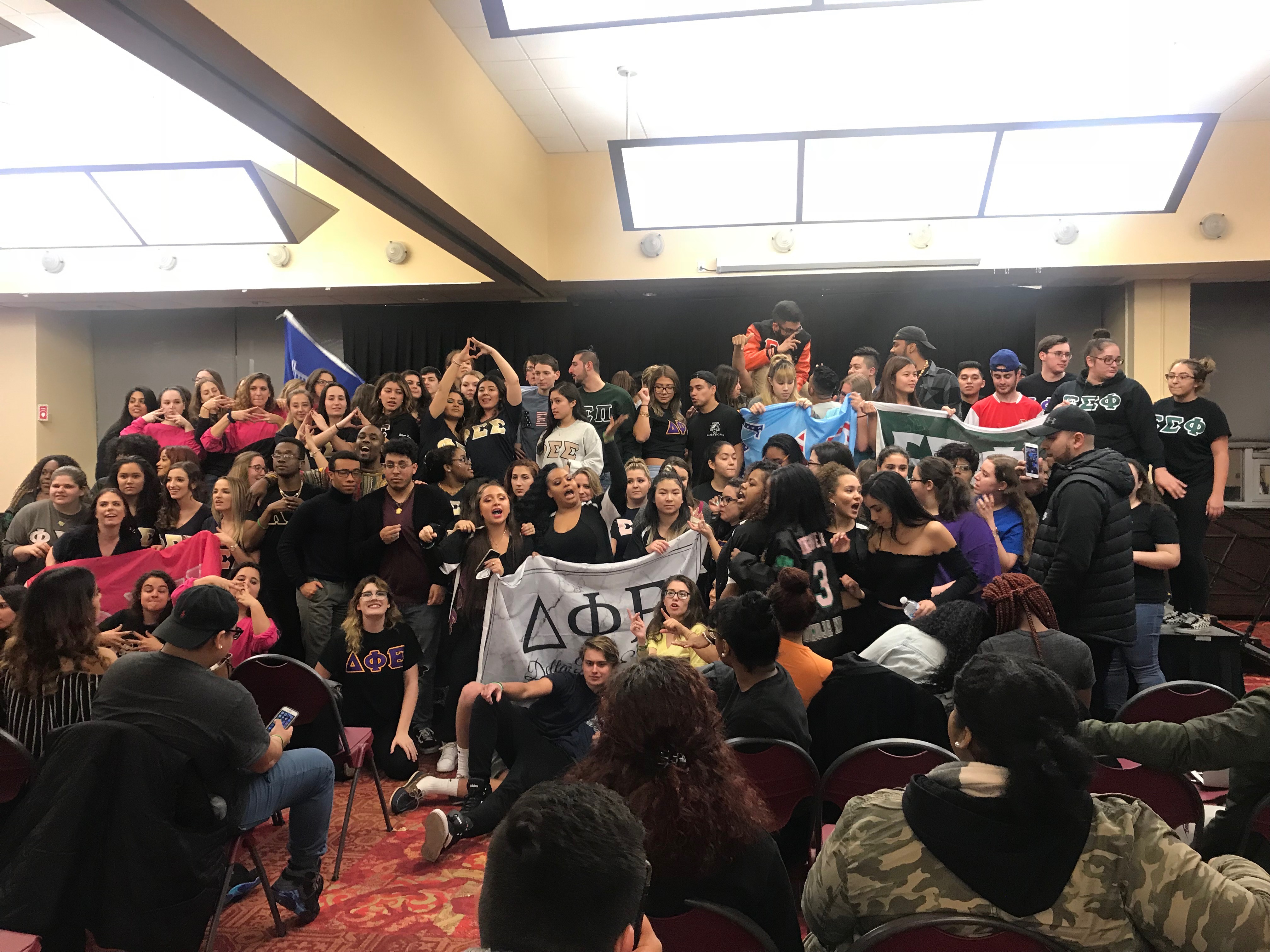 On February 20, the Queen’s College Inter-Greek Council hosted its semi-annual “Meet the Greeks” event, in which Greek organizations were able to showcase their respective fraternity or sorority through tabling and speaking to the crowd.

Next to perform were the ladies of ESP, who described their various philanthropy events and ended with their sorority chant. APD, an Italian cultural fraternity, followed and spoke about the bonds made through their organization. The Phi Sigma Sigma sorority then began their performance with their chant, sisters constantly repeating, “Always number one.” The militant-like performance of Gamma Omega Delta was next, in which a few brothers lined up, performing their chant.

SAEPi, a Jewish based sorority, spoke about how their Greek letters will last throughout their lives and danced to the infamous Cha-Cha Slide in which many members and non-members joined in. Later, the members of TEP impressed the crowd with break dancing, followed by a performance from the ladies of DPhiE.

There is a lot of history and culture behind Greek life, the Nu Mu chapter of AKA, an African American women based sorority, is present at QC, York College and St. John’s University. “It is exhilarating, so loving, and you are able to understand each college’s different culture,” said Mirlaine Ocean, a student at QC and member of AKA.

Fraternities feel especially connected to QC. Brothers from AXP, established at QC in 2014, describe their experiences by the recurring theme established in Greek life of family, friendship, and brotherhood.

Sadi, a junior and PR chair of Kappa Sigma, describes the process of joining Greek life as one that “makes you learn about yourself.” The Kappa Sigma brotherhood is described as unbreakable, as they do not want any gaps between themselves and are always encouraging each other to do good.

A recurring sentiment made by almost everyone is the unity of Greek organizations at QC. Many described their desire to give back to the community and ensured that it is a community that is far beyond its stereotypes.

Adzemovic explained, “As the IGC President I strive to strengthen the bond within the Greek community as well as gain us more recognition. When people hear or see Greek letters it’s almost always something stereotypical that comes out of their mouth and I really want to stray away from that by much more campus interaction.”

Adzemovic also encourages students to get involved with Greek life, as “it’s a great way to get involved in the community…You create a bond with your brothers/sisters that will last forever.”

Joining Greek life is another way to meet people and work with QC students. Those interested are encouraged to attend Greek life events, and email the Inter Greek Council, at cuny.qc.igc@gmail.com