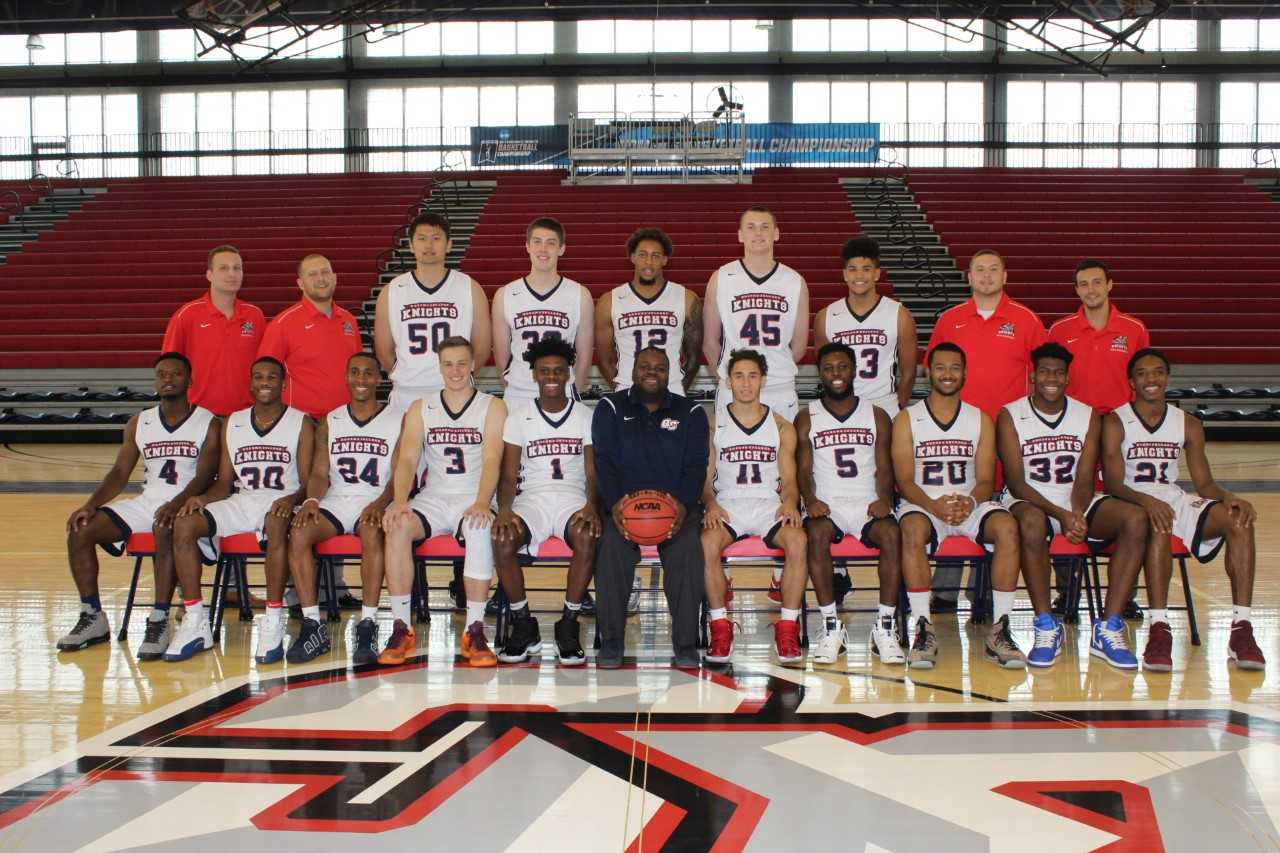 For the second straight season, the Queens College men’s basketball team had a chance to get into the playoffs on the last night of their regular season, but like last season, things didn’t go the Knights’ way.

A 75-62 loss to the University of the District Colombia (UDC) Firebirds on March 2 ended a season where the team went 7-11 in conference play, the same as last season.

While the team seemed to have stayed stagnant from a year ago, the 7-11 record was a strong finish to a season where the team went 0-10 in non-conference play.

“A lot of teams in that situation would’ve began blaming each other and pointing fingers, but [that] never happened to us,” said coach Matthew Collier. “We never fell apart, never turned on one another and never gave up and that’s [a] big testament to our team’s character.”

Despite the rough start to the season the Knights opened conference with a 3-2 conference play.

This five-game stretch was highlighted by an upset 71-70 victory over the Bridgeport Purple Knights. Sophomore guard, Elijah Bovell, lead the way with 18 points to help Queens College come back from a 14-point halftime deficit to get its first victory against Bridgeport in nearly two years.

The Knights followed up on that performance weeks later with their first victory of the 2019 calendar year with an 80-79 victory at home against the Firebirds. That game saw sophomore guard, Tyrese Crosdale, at his best game of the season, scoring 28 points and knocking down 8 three-pointers to help the Knights squeak by.

Both the Bridgeport and UDC games saw familiar finishes, as another sophomore guard, Dwayne Henry Jr., knocked down last second free throws in both contests to help steal the victories.

These were just some of the highlights the young squad provided throughout the season.

Coming into this season with only two seniors, Jordan Curtis and Jerome Brown, on the roster, a lot of the Knights’ offense had to come from sophomores and juniors.

“For a lot of the young guys, this season was the first time at the college level that the burden on offense was mainly on them,” said Collier. “Their names were at the top of opposing teams scouting reports and there’s an adjustment needed for that.”

It was certainly a struggle at times as the Knights were unable to pull off comebacks in several games against teams like St. Thomas Aquinas (STAC) and Molloy. The Knights also lost to the Daemen College Wildcats by double digits in both meetings.

The toughest stretch came at the end of the season, where six of their last seven games were against the six teams that made up the East Coast Conference (ECC) playoffs. During that stretch the Knights had three consecutive games against the top 3 teams in the ECC, which ended up being Daemen, STAC, and the eventual ECC tournament winner, Molloy.

However, the Knights have plenty of positives to take away from their performance this year.

Against the top five teams in the conference; Daemen, STAC, Molloy, Bridgeport and Roberts Wesleyan, the Knights’ margin of losses was only 12.5 points per game. They stayed close with STAC in both games and even upset Roberts Wesleyan on the road earlier in the season.

While Collier pointed out the team’s offense as a whole needed to be played more consistently, the Knights made strides as individuals. Sophomores Elijah Bovell, Dwayne Henry Jr. and Keenan Gorski all increased their scoring averages from those of their freshmen seasons. Crosdale proved to be one of the most versatile players on the team, finishing third in scoring, first in rebounds and being the Knights’ best perimeter defender. The quartet of big men, Kevin Buron, Wayne Li, Evan Goldberg and Christopher Brizan all showed flashes of great playing throughout the year, and their various strengths will help the team fill the void of losing leading rebounder Jordan Curtis.

Above all, the Knights’ greatest stride as a team was building the kind of team chemistry needed to establish a winning culture for the program. This is something that Collier has looked to and has helped instill in the team.

“It’s been good to be right there at the end of the season the last few years,” said Collier. “Now we just need to take that last step to get into the playoffs and we believe that we can make that breakthrough next season.”