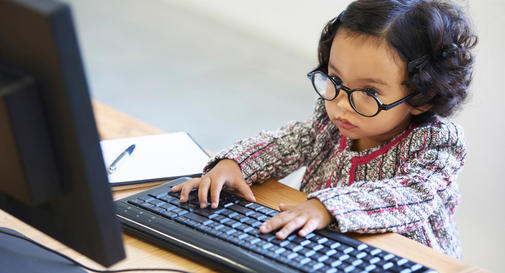 OP-ED: The Gift(ed) That Keeps On Taking

Specialized schools are quite common for those who live in New York City. Many of these schools serve to acknowledge students’ natural talents, ranging from music and art, to math and science. At first glance that seems like a wonderful thing for many living in New York, but Mayor de Blasio has a different outlook, one that stems from segregation.

De Blasio took note of how these schools and programs are, “geared to students… [that are] mostly white and Asian children. The rest of the system is open to all students and is predominantly black and Hispanic.” De Blasio has taken it upon himself to reduce this racial inequality — getting rid of the specialized schools would be doing just that. De Blasio believes that these schools have become, “proxies for separating students who can and should have opportunities to learn together.” While it is true that specialized schools tend to have a higher white and Asian student body, it doesn’t necessarily conclude that these schools inherently segregate blacks and Hispanics.

Educational equality is something that should be ceaselessly fought for, especially when it comes to educating the minds of future generations, but getting rid of the specialized schools would do little. It would take away the recognition that these gifted children deserve for their talents and make it seem like their natural gifts aren’t worth the praise. The issue that should be fixed is the amount of enrollment of black and Hispanic students the schools should have, not dismantling the programs completely. Unfortunately, the minorities living within the city tend to reside in poorer neighborhoods and can’t receive financial help upon being accepted into the schools. Thus, another issue these schools should be more flexible with is the financial aid provided to families who can’t afford it.

Getting rid of these specialized schools would also support the common stereotype that musical and artistic talents are not worth recognition. It is understandable to see where Mayor de Blasio is coming from: Everyone, regardless of race, financial status and background, should be open to the same education. The inability to achieve this should not result in destroying specific schools. Instead, a new type of system should be implemented that allows the acception of students to be based on several factors, beyond the typical standards of exceptional academic performance or extracurricular skills. While those are certainly the driving factors when it comes to school-life in these ‘gifted’ programs, schools must also be aware that these aren’t only the defining factors of what makes a child a good student. Also, it is important to pay attention to the fact that minorities usually live in poorer neighborhoods of the city and as a result, they often don’t have access to a superior education. As a result, their grades suffer and then prevents many of them from getting into specialized schools.

Removing the gifted and talented programs won’t entirely solve the issue at hand, but rather just create the same issue for other schools, specialized or not. Specialized schools should stay, but should be more understanding towards minorities so that everyone can have the opportunity to be recognized for their talents.