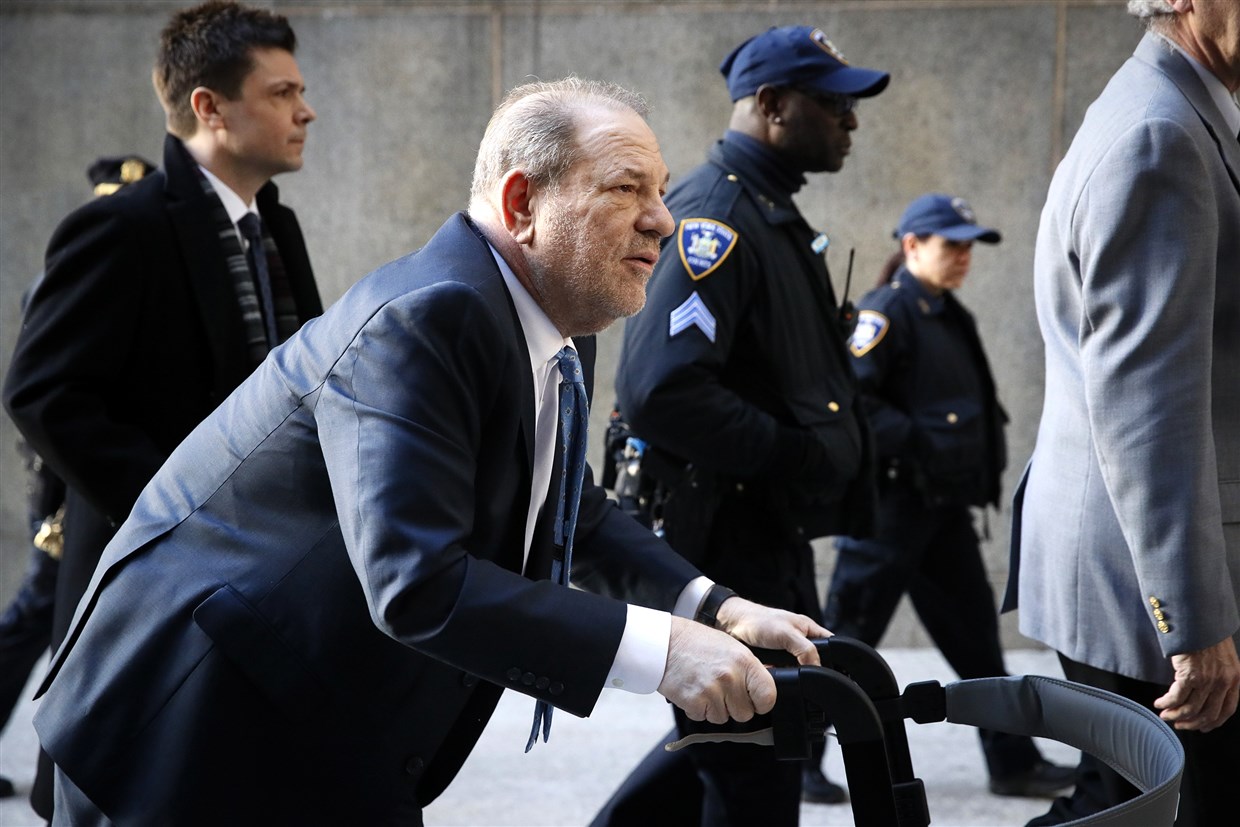 From Riches to Prison: How Harvey Weinstein Will End Up Behind Bars

“An old dinosaur learning new ways” is one way to describe Harvey Weinstein, according to his ex-consulting lawyer, Lisa Bloom. Weinstein, 67, a once successful but now disgraced American film producer and one of the original co-founders of well known production and distribution company, Miramax, is currently facing a series of sexual assault charges dating back to 1980. The blockbuster movie producer was the main focus of a New York Times article published on Oct. 5, 2017 that discussed, in grave detail, the decades worth of sexual assaults and harassment orchestrated by none other than Weinstein himself. Ashley Judd and Rose McGowan opened the floodgates for over 80 more women, from employees to actresses, to come forward with their stories. Out of over 80 allegations of sexual assault, 18 are claims of rape. Almost all of the women who came forward reported that Weinstein had threatened their careers and even the careers of their loved ones, according to Alice Evans, who denied Weinsteins’ forceful advances in 2002 at the Cannes Film Festival. Weinstein then said “Let’s hope it all works out for your boyfriend,” in reference to Evan’s then boyfriend, Ioan Gruffudd, who had been screened for one of  Weinsteins’ films and ultimately did not receive that role or any other roles in a film involving the producer.

Due to the multiple disturbing accounts of rape, groping, being lured into hotel rooms under false pretenses and being held down and forced to do sexual acts, Weinstein was arrested on May 5, 2018. Although he was charged and released the same day on $1 million bail, his trial in New York began on Jan. 6 and ended on Feb. 24. This particular trial was focused on the rape of a young actress in 2013, the forcible performance of oral sex on Mimi Haleyi in 2006 and for raping Annabella Sciorra in the mid-1990s. Official charges included two counts of predatory sexual assault, one count each of first and third degree rape, and one count of criminal sex act. The crime against Annabella Sciorra lies outside of the statute of limitations. Therefore, it was not the foundation to any of the criminal charges he’s facing in New York, but she testified regardless in order to help establish pattern. After five days of deliberation, Weinstein was found guilty of two felony sex crimes, including third degree rape and criminal sex act, neither of which were considered to be of  the heavier charges. Following his conviction, Weinstein was in disbelief as he repeated “But I’m innocent” a number of times right before being taken immediately to jail, as demanded by the judge, to await sentencing. Donna Rotunno, Weinsteins’ lawyer, plans to appeal not only the conviction, but also the holding of her client in jail until sentencing on March 11. Unfortunately for Weinstein, this does not end here. He is also facing charges in Los Angeles which may cause an entirely new turn of events for the elderly ex-mogul.

The charges he was found guilty of could potentially put him in prison for up to 29 years, which is what many believe to be a turning point of justice for sexual assault victims and the #MeToo movement.

The #MeToo movement, started in 2006 via MySpace by Civil Rights activist Tarana Burke from the Bronx. Since its inception, it has become an inspiring, supportive platform for victims of sexual assault. During the trial, over 100 #MeToo protestors took to the streets outside of the New York County Court building where the trial was taking place. The protest, coordinated by Amber Tamblyn, Paoloa Mendoza, Sarah Sophie Flicker, Nelini Stamp and Yara Travieso, included a performance of an anti-rape anthem written by a Chilean feminist group known as Las Tesis. Las Tesis wrote the anti-rape anthem called “Un Violador en Tu Camino (A Rapist in Your Path)” in protest of gender-based violence being carried out by the Chilean government. The protest carried out onto the Q line and continued down 59th Street while chanting the words “El estado opresor es un macho violador (‘The oppressive state is the macho rapist’).”

The movement is finally influencing a sense of improvement within our justice system due to the turnout of the trial. It is one’s hope that we may see more cases like this get the ending they deserve. This would not have been possible if not for the bravery of Weinstein’s victims and victims of sexual assault all over the world.

Published in News, This Week's Paper and World News