On Tuesday, June 2, Blackout Tuesday was an initiative to go silent on social media and stand in solidarity with the Black Lives Matter Movement which has grown larger after the recent killings of George Floyd, Breonna Taylor, Ahmaud Arbery and many others before them from racial prejudice and police brutality. When it first started, these posts had the hashtag #BLM or #BlackLivesMatter. Later in the day, the hashtag was #BlackoutTuesday or #TheShowMustBePaused.

The initiative started from music executives Jamila Thomas and Brianna Agyemang who created theshowmustbepaused.com. This was done “in observance of the long-standing racism and inequality that exists from the boardroom to the boulevard.” It was shown as “a day to disconnect from work and reconnect with the community.” After record labels and music icons like Mick Jagger and Rihanna joined the initiative, the movement spread to social media with many pages posting black squares to show signs of solidarity. No new content was to be released and most companies like Spotify, Apple and Tik Tok would suspend much of their work on Tuesday amid demonstrations.

After the movement picked up significant steam, people began correcting others that they should not use the hashtags #BLM and #BlackLivesMatter with their posts of black squares as it blocks vital information for protesters and other sources of information. If you clicked on either hashtag, it would be a sea of black squares and people would have to scroll for a long time to find information. People then reposted the black squares with the hashtag #BlackoutTuesday. Many are using social media to share sources of support, donations (if one can afford it despite the current pandemic), calls to get the participating officers arrested, petitions to have justice for the victims, websites owned by black individuals, businesses to support, and so much more.

According to a Forbes article titled “Blackout Tuesday On Social Media Was A Great Idea, But Experts Say It’s Not Working,” John Brandon said it could cause a communication breakdown. “It’s not a bad idea to use social media to speak out about these injustices, but the method for how we do that can cause confusion.” One thing that stood out as stated by Brandon in his piece was the way the shoe company Reebok changed their homepage which was used on their Instagram and their social media: A black screen at the top of their page which has “Without the Black community, Reebok would not exist. America would not exist. We are asking you not to buy our shoes. We are asking you to walk in someone else’s. To stand in solidarity. To find our common ground in humanity.” 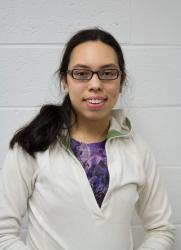 Lea is a junior majoring in theater and minoring in journalism. On her spare time, you can find her reading, listening to music, dancing, hanging out with friends and family, or watching Broadway shows. She can be contacted at lea[at]theknightnews.com.