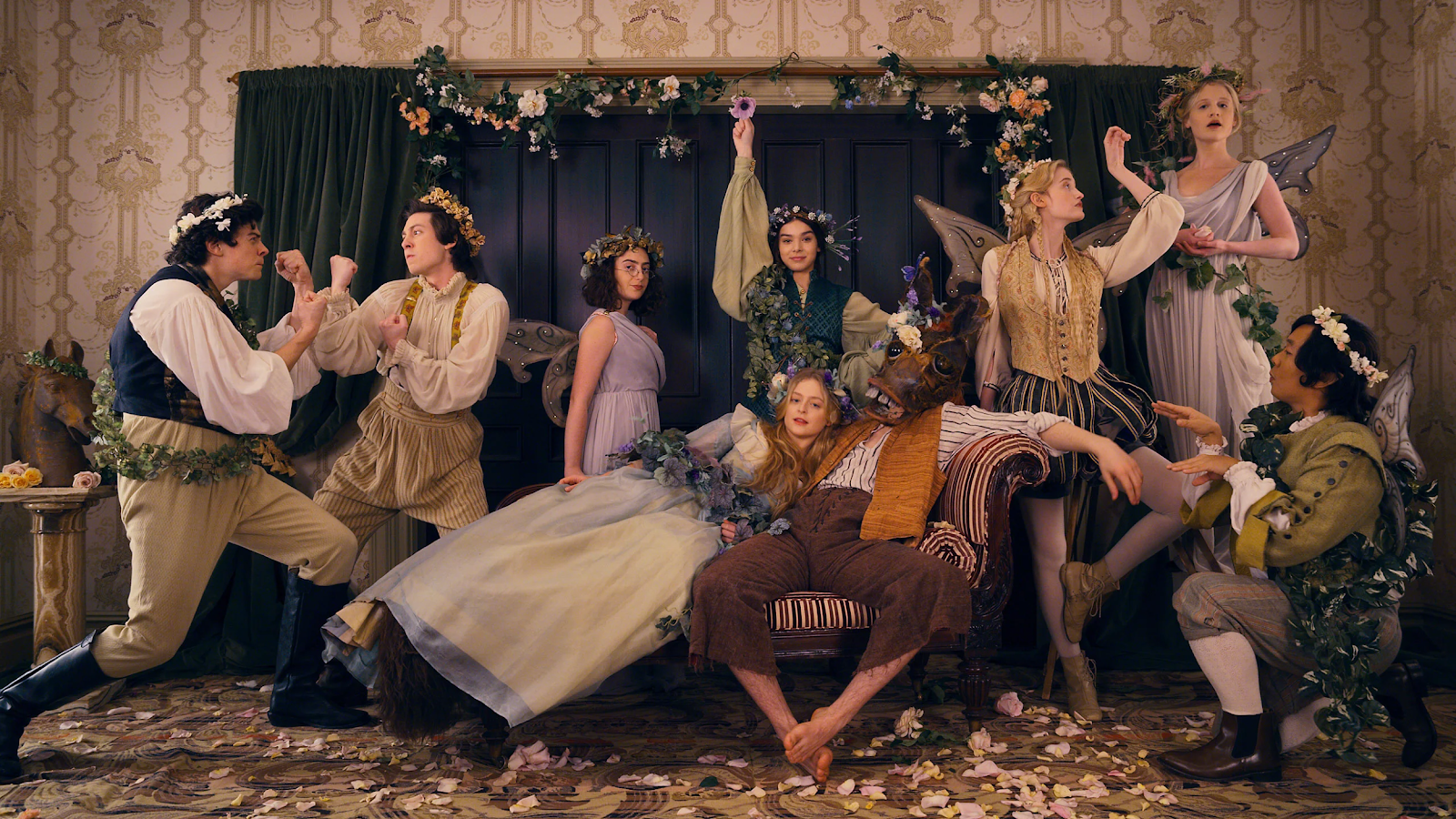 Slammed tables, secret love affairs, lucid realities, 21st-century slang: “Dickinson” offers all of these thrills and more. Complex and witty but filled with wild dreams, the show’s actors do not fail to deliver performances that are raw and relatable. Emily Dickinson, portrayed by Hailee Steinfeld, is a character that demonstrates the complexity of being a female. The fictional version of the real-life poet is an extravagant mixture of the past and present, coloring Emily’s life with the struggles of a contemporary Gen Zer.

The Emily of the show is a teenager who has emerged into young adulthood. Emily is portrayed as a modern Gen Z teen trapped inside of an old-fashioned society. She wants to be seen as special despite these circumstances and is shown fighting against the disparate treatment she receives in comparison to her brother, Austin.

Emily is a genius writer who hides in her bedroom writing poetry. This is based on biographical details of the real Emily Dickinson, who had written nearly 1,800 poems that were found in her bedroom after her death in 1886. Inside a beautiful house hid an intellectual woman with what The Guardian refers to as “A bomb in her bosom.” Dickinson’s inner life was hidden from the world because of her father and a generally misogynistic society. Emily the TV character, no doubt, has a privileged life, yet her dreams of becoming a writer still seem nearly impossible as they run up against these barriers. When her father has had enough of her rebellious nature, he orders her to read his self-written handbill, “On the Proper Place of Women.” I rolled my eyes at the irony of a man giving a published piece of his to his daughter to stop her from publishing her poetry. “What was he so scared of?” I kept asking the question, fully aware of the answer. Women have limitations due to social constructs. As a Gen Zer, I was filled with emotion and cheered for Emily throughout the show as she spoke up against gender constraints.

Emily tends to please and keep the family together. She grapples with the notion that her place is inside the kitchen. At one point, Emily even goes into the kitchen to learn to cook in order to impress a man. Emily is not afraid to be seen as a hopeless romantic as her poems explore the idea of losing a lover. The complexity of her love breaks glass ceilings and channels a rebellious Gen Zer in a modern coming-of-age story.

Emily is shown as a social yet independent individual; she enjoys her own company but is also a bold and fierce woman who will speak her mind. Parts of the show’s story line are fictional, such as when Emily tries opioids at a house party she throws. The scene is a far cry from what Emily Dickinson would have been doing in the 1840s. This extreme change makes the story line relatable, which allows the viewer to empathize with Emily.

Emily’s poetry lets the viewer go inside her mind and navigate her intense emotions about life and death. Emily has lucid dreams about meeting Death, played by Wiz Khalifa. Her relationship with Death ends as Death tells her, “You thought this was a love story between us. Some kind of romance. But it’s not. I don’t love you. You’re not special.” The romance, as tragic as it is, captures the viewer.

Emily exhibits teen angst and the desire to be heard. Through the portrayal of her flaws and mistakes, she becomes more than just a fictional character. An angry Emily ends Season 1 by telling her father, “I am a poet.” Dickinson is a teen romance that is silly and witty, yet it has a serious message about the struggles of being a teen who is full of dreams and aspirations which society constantly tries to oppress.

Published in Arts & Entertainment, Op-Eds and This Week's Paper