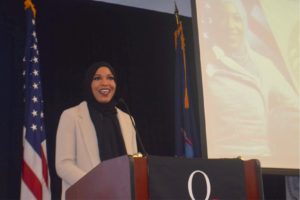 On Wednesday, Feb 15 the Office of Student Development and Leadership at Queens College welcomed Olympic medalist Ibtihaj Muhammad to talk to a packed ballroom about her fencing career as a minority. Muhammad, who graduated from Duke University in 2007 with dual majors in International Affairs and African Studies with a minor in Arabic answered […] 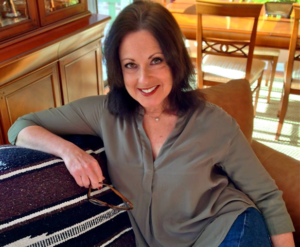 A Podium and A Legacy: Professor Lisa Bernard

In the narrow halls of King Hall on Tuesday evenings, a Queens College professor not only passes on her speech eloquence to students, but also a stronger passion to take on the professional world and all it has to offer. Lisa Bernard has been a public speaking professor in the QC Media Studies department since […] 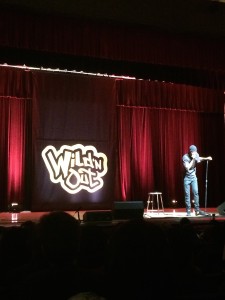 Queens College students and guests joined the cast of MTV’s comedy series Wild N’ Out at the Kupferberg Center Theater on March 13. Wild N’ Out first aired on MTV in 2005. The hip-hop themed comedy show features various celebrity guest stars including rappers and comedians, who participate in improve games and rap battles. Rapper […] 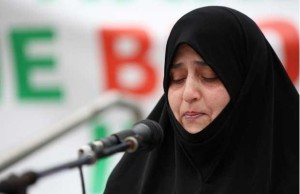 The glimmer of hope with Syrian prison literature

Shareah Taleghani, director of Middle Eastern Studies at Queens College, first became interested in prison literature after taking a class. She even met those detained to learn more about them. Taleghani read their books and letters, but the prisoners did not find it easy to document or even remember their work. But she studied them […]

Petition made to ban Students for Justice in Palestine

More than 5,000 people signed a petition, started last November, to ban Students for Justice in Palestine chapters in CUNY. Andrea Karshan, a student at the College of Staten Island, started the petition after members at different campuses chanted allegedly anti-Semitic comments at Jewish students during the Million Student March in November. One sign called […] 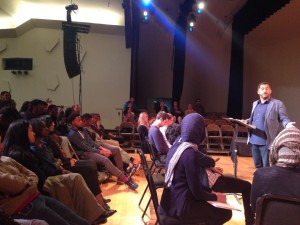 Students joined actors on Oct. 16, for a participatory play called “Mosque Alert” at the Kupferberg Center. “Mosque Alert” is about the construction of a new mosque in Naperville, Ill, which led to conflicts between two families of different religions. The two families learn more about each other and eventually put their differences aside. The cast consisted of […] 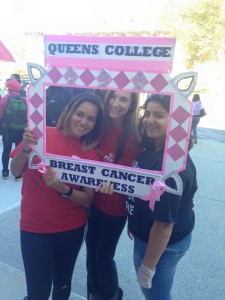 Queens College students and clubs helped organize an event to raise awareness on breast cancer during Breast Cancer Awareness Week. Students gathered in front of the Student Union on Oct. 15 surrounded by a pink storm of t-shirts, ribbons, turbans, pins and more to support Breast Cancer with all profits to the American Cancer Society. […]